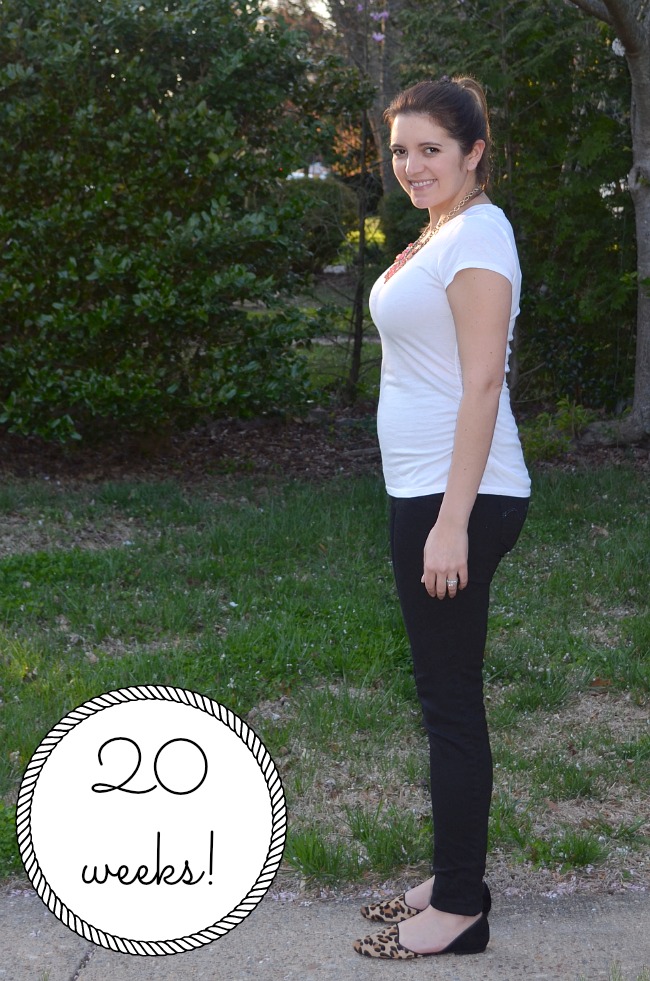 It’s hard to believe that this little muffin is halfway done baking! In some ways the time has flown by and in others it seems to be absolutely creeping. 20 more weeks of pregnancy sounds like an eternity! But I’m trying to really focus on the now and enjoy these moments, especially since this week is a major milestone. MAY-JOR.

On Monday, Aaron and I will be going in for our second sonogram. Not only will we get another peak at the munchkin, which is now the size of a small melon (what?!), but we will also learn baby’s gender! I’m so excited I could burst! Aaron is convinced (or still convincing himself) that it’s a little boy. I tend to agree, but then again maybe he has brainwashed me as well?! Family and friends seem to believe it’s a girl. So what say you? Boy or girl?!

In other bumpdate news, weight gain is still slow and steady– about 6-7 pounds. I’m still hitting the gym at work three days a week and exercising on the weekends. Baby’s movements have gotten stronger but I typically have to be still to feel them. Occasionally I’ll feel a really good thump. Baby’s getting his/her exercise on too!