At the risk of sounding like a complete cliche: where the heck did the time go? How are we in baby’s (estimated) birth month? And lastly: how am I full term?! (FULL TERM, PEOPLE.) 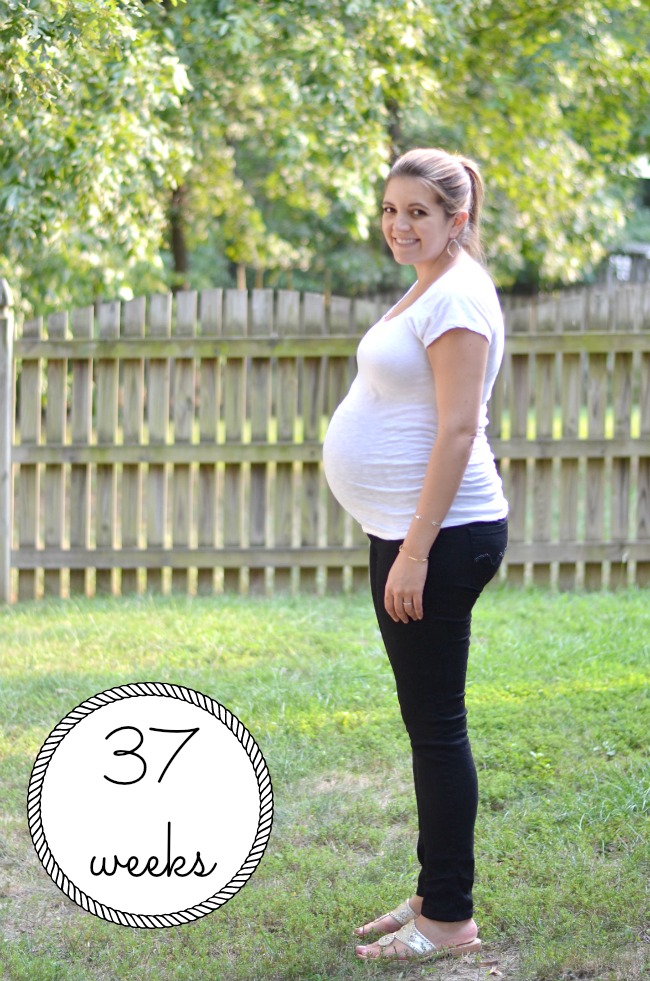 Aaron and I have had quite the eventful week. It kicked off with our hospital tour on Sunday, which made me start to feel a little anxious about labor. Then on Wednesday I had my first cervical exam. The doctor was unable to tell if baby was head down, so she ordered a last-minute sonogram. Y’all – it was seriously the coolest thing to see her little face in 3D. She looks so much like Aaron it’s crazy, and the sonogram tech let me know that she’s working with a full head of hair. (With all that heartburn, I’m not surprised!) Getting that little sneak peek was such a major highlight. And knowing that she’s in proper position for birth was great news too. I swear that sonogram was a little blessing, allowing a lot of my anxiety about childbirth to melt away. Sure, it’ll probably come back at some point, but having that face to focus on makes it seem much less stressful. I also learned that baby is an estimated 6 lbs 14 oz (although estimates at this point are difficult and can be off as much as 1 lb). All of her other measurements were well within the normal range too!

Health-wise, things are still going smoothly for me too. Sleep is pretty good (minus getting up an average of 5 times a night), and apparently I’ve picked up the pregnancy waddle. And let me tell you, round ligament pain this late in the game ain’t no joke. Anything from shifting in bed to standing up can cause a major jolt of sharp pain. I think my random cries and curses are finally startling Aaron a bit less. Braxton-Hicks contractions have also picked up lately, and seeing baby’s movement in my belly is a whole new experience now. Before I’d occasionally see a little jab, and now I straight up see rolls. Crazy!

We’re finishing out this whirlwind of a week with my second baby shower on Saturday. I’m looking forward to seeing my running group friends since running was traded for walking many weeks ago. We’ve also got installing car seats and packing the hospital bag on the agenda. After this weekend, I think we’ll be pretty ready for you, baby! 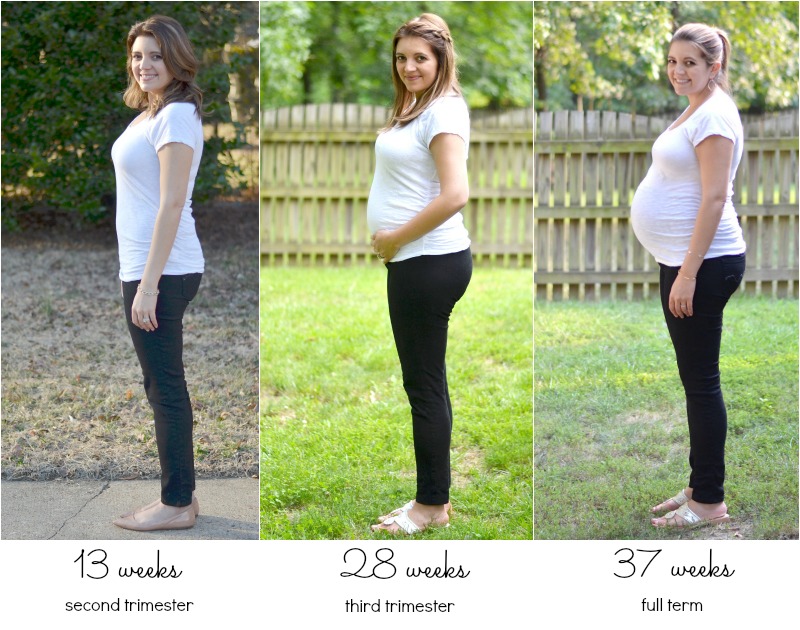