After taking my breastfeeding class during pregnancy, one of my main concerns was possible issues of nipple confusion when switching between a bottle and the breast. I wanted to avoid Layla taking a bottle as long as possible, but since I will be returning to work, Layla’s pediatrician recommended we start giving her a bottle a night around the three week mark. She definitely wasn’t too sure about taking a bottle at first. One of the main issues we experienced was her fussing and fighting at the end of the bottle. We couldn’t ever get the nipple positioned just right so she could get the last bit of milk without gulping air. And any momma (or daddy!) knows that a gassy baby is not a happy baby. It was definitely frustrating, and I hated wasting precious pumped breast milk because she had trouble drinking it! When I was given the chance to try the Munchkin LATCH bottles, I was really hopeful they’d be an improvement and help Layla have fuss-free bottle feedings; however, with so many bottles claiming to be “just like the breast” I was naturally a little skeptical. 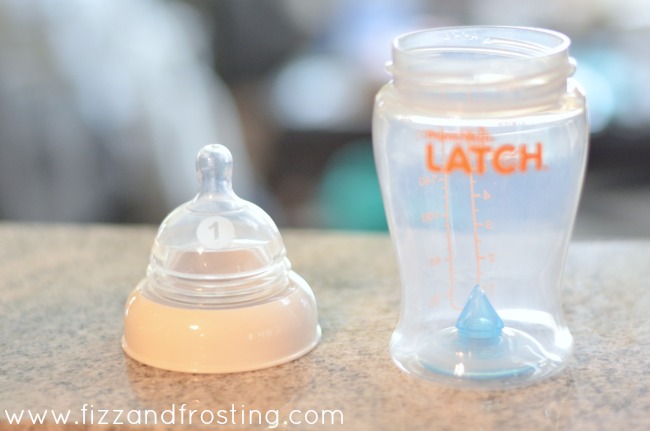 After just two bottle feedings, I have to say that I was pleasantly surprised to see that her latch on the Munchkin bottles was much more like her natural latch on the breast. 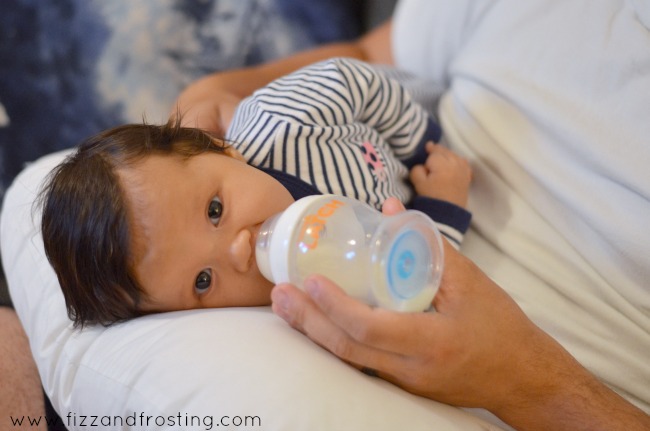 She seemed very comfortable with the nipple and didn’t pull off or fight during the feeding. And because of the accordion-style design of nipple that stretches and flexes, more milk was able to fill the nipple, meaning less air for Layla at the end of the bottle! Major win for this mama. 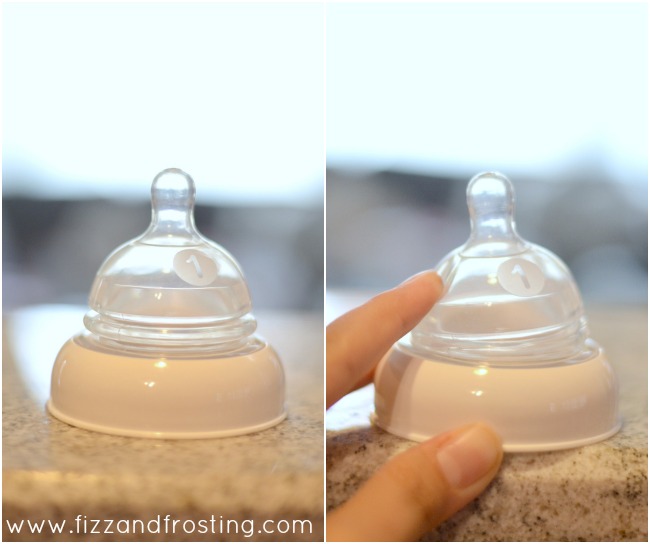 Overall, I was really pleased with how easy she her bottle feed was. I definitely would not hesitate to recommend them! 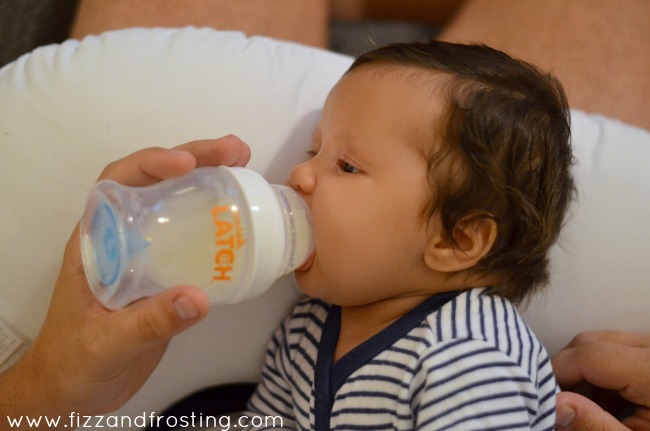 Do you have questions you’d like answered by fellow parents? Want to hear more experiences with the Munchkin LATCH system? Be sure to check out the #LoveLatch twitter party on Wednesday, 11/12 from 11am-12pm. I’ll be there sharing my experiences, and I’m looking forward to hearing from y’all!

And if you’re interested in giving the Munchkin LATCH system a try, head over to your local Target! (And then don’t forget to spend at least $50 on things you didn’t know you needed.) 😉 Readers can also enjoy free shipping at Munchkin.com using the code LOVELATCH, which will expire 12/31/14 (one per Customer; U.S. residents only)!

What are your experiences with switching between nursing and bottle feeding? Did you have any issues?

This Express Yourself post is brought to you by Munchkin LATCH as part of the #LoveLatch campaign.