Any excuse to break out my black floppy hat is a good one. Having second (or maybe more like third!) day hair is one of the best ones. Aside from hiding unwashed locks, I think it does a pretty good job at distracting from a less than well-rested look too. 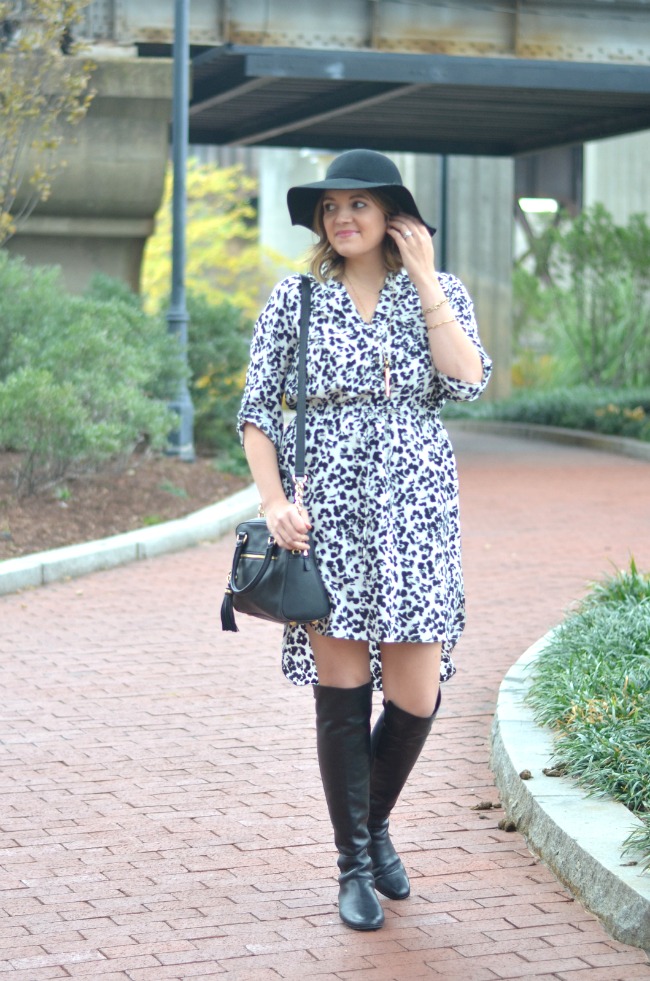 My munchkin went and caught her very first cold. She’s taking it like a champ, much better than her mama. Every little noise in the middle of the night startles me awake, which doesn’t exactly make for restful sleep. Thank goodness for trusty hats to hide under… and serious concealer. 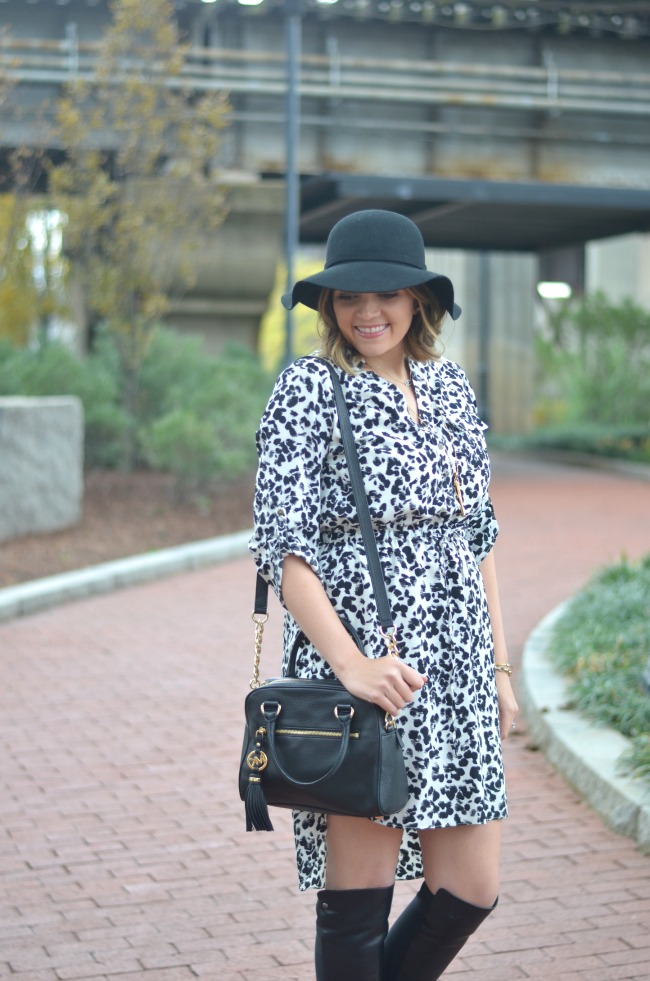 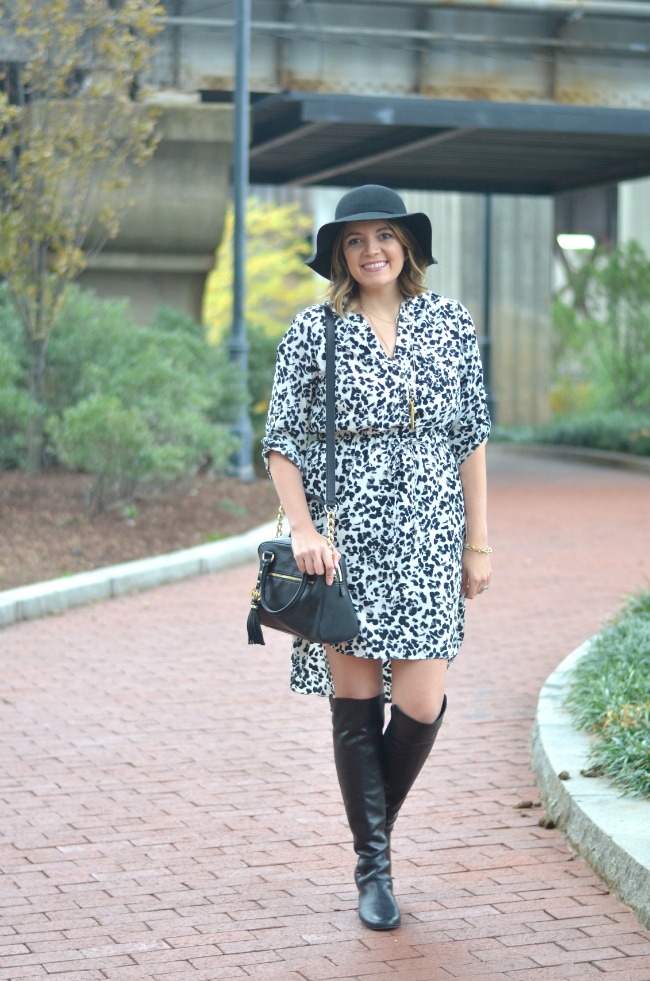 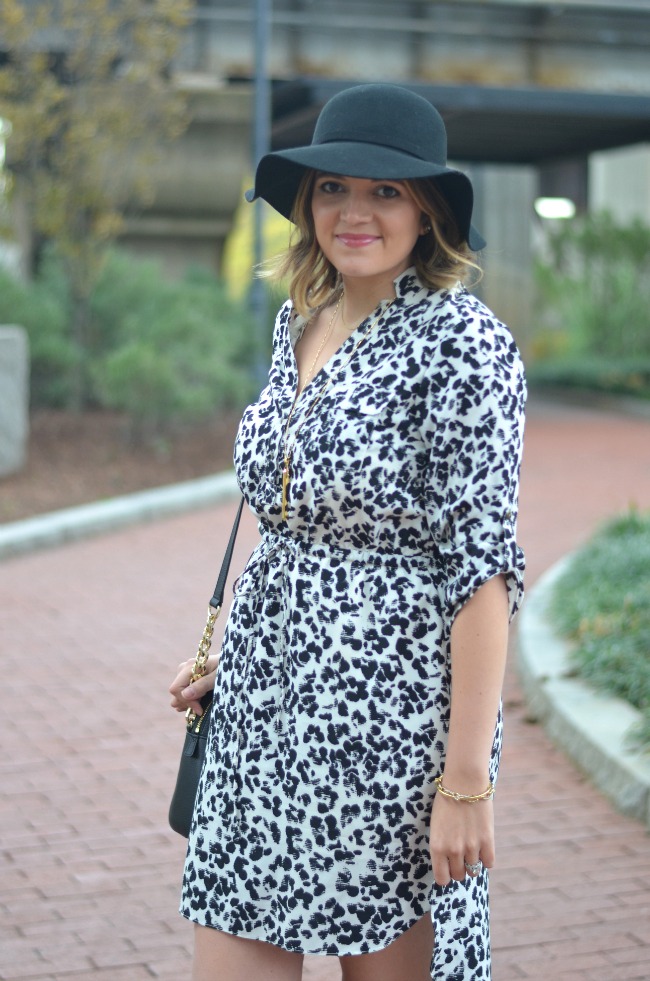 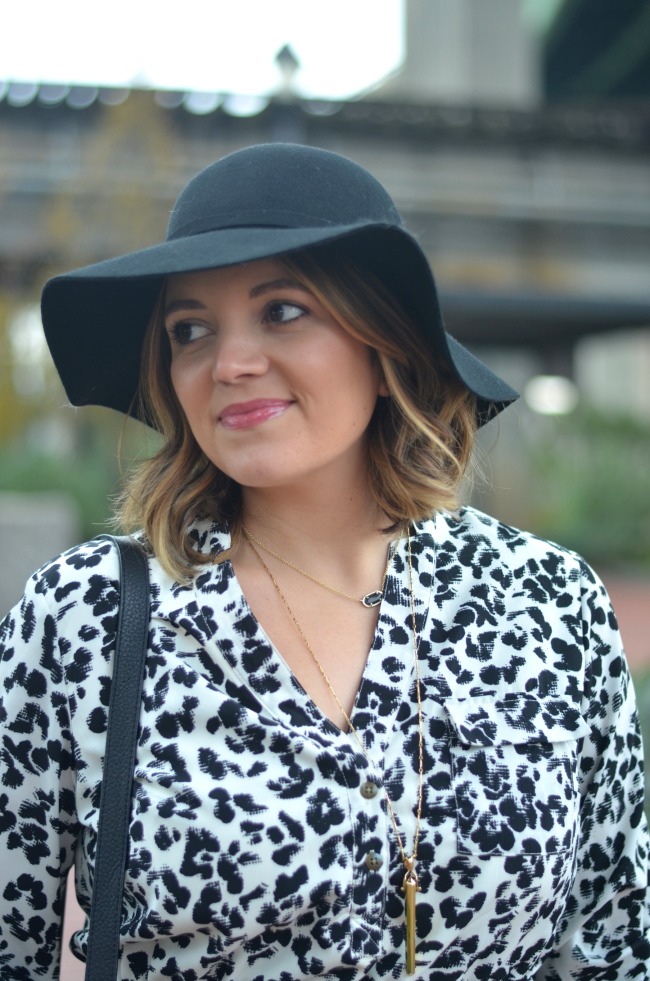 Linking up with The Pleated Poppy, Shanna

9 thoughts on “Snow Leopard Dress + Over the Knee Boots”