This is a post that I haven’t wanted to write. Maybe somehow I felt that writing everything down would make it more real? I don’t know. But it’s something I felt compelled to share because it’s a big part of my life right now, a big part of this pregnancy. My baby has HLHS, or hypoplastic left heart syndrome. 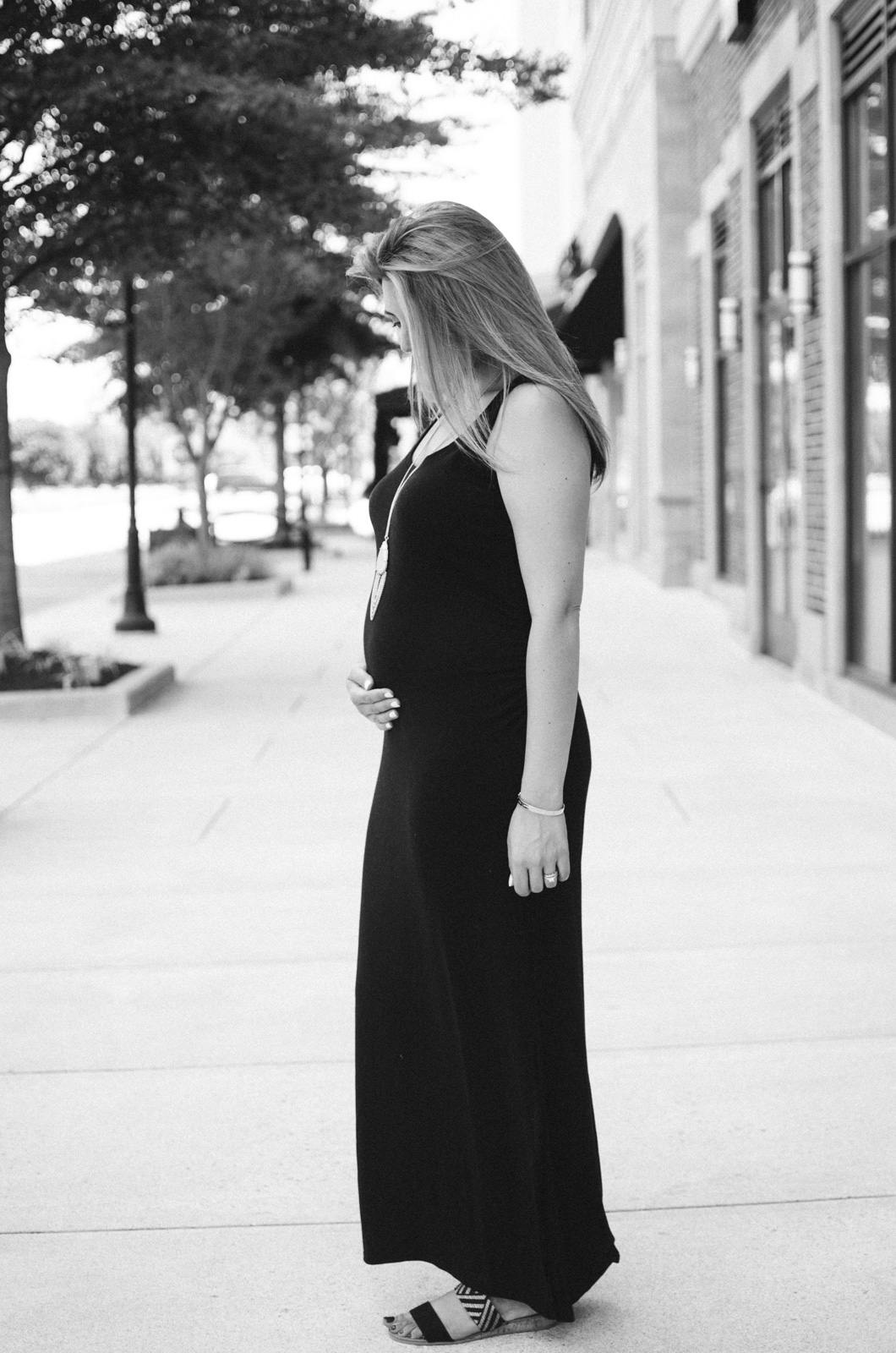 I mentioned briefly in our pregnancy announcement that this pregnancy had been a challenge. And it has been. But it’s been more than just nausea and extreme exhaustion. Since around twelve weeks, we’ve been dealing with a series of possible diagnoses, which have brought us to the official diagnosis of HLHS.

So what is HLHS? 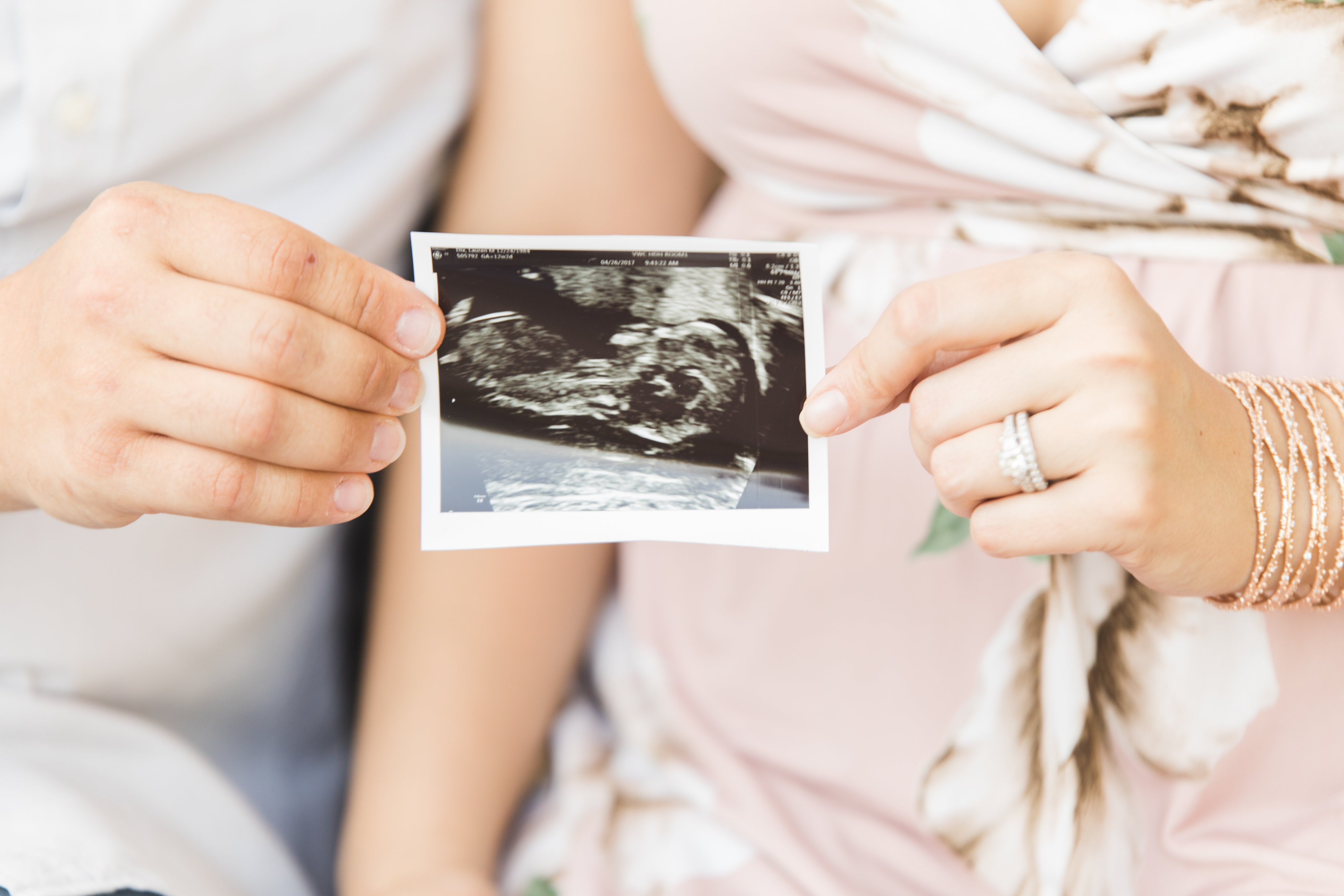 How did we get here?

To be honest, with Layla I opted out of almost all genetic testing. But after I suffered a miscarriage in November of 2016, I wasn’t quite as easy going about this pregnancy. My doctor offered a first trimester screening called a Nuchal Translucency screening (or NT Scan), and I opted in. At best, I figured it’d give me another opportunity to see the baby and at worst we’d have some addition info. The NT Scan is noninvasive, consisting of an ultrasound and blood test. It asses one’s risk for several genetic abnormalities along with heart defects. The day of that test was one of the scariest of my life.

I went in for testing (without Aaron) and noticed the sonogram tech was spending an extraordinary amount of time around the heart. Of course, she mentioned that the baby was being a bit difficult and in a hard-to-measure position, so I wasn’t overly concerned yet. But then she mentioned my OB was squeezing me in to go over results. And as I waited for the doctor to come in the room, I felt my heart start to race. I immediately saw it in my OB’s eyes and tone of voice: something was wrong. She told me that they estimated there was a 50% chance my baby had some sort of genetic abnormality. Most likely it was Trisomy 21 (Down’s Syndrome), or Trisomy 13 or 18, which do not sustain life. All I heard was “50% chance” and “does not sustain life.” I can’t tell you how devastated I was.

At that point, I was offered several options for further testing. I opted for the MaterniT21 screening, which was another noninvasive blood test. This tests for all three Trisomies along with several other genetic abnormalities. Then I waited two of the longest weeks of my life for results. They were all negative, meaning my risk was low. But since it was a screening and not a diagnostic test, there of course was no 100% guarantee. And so I was referred to a maternal-fetal medicine specialist.

When meeting the specialist, I was feeling a bit more optimistic. Our last results indicated low risk. But then a bomb was dropped. After spending quite some time with us, she shared that the baby’s left side of the heart was smaller than the right. And although she wasn’t 100% sure, she thought it might be HLHS. This was the first time that we heard how difficult things might get. Most likely I would be delivering at a specialty hospital. There would be surgeries, one shortly after birth. But she told us to be hopeful and referred us to a pediatric cardiologist. 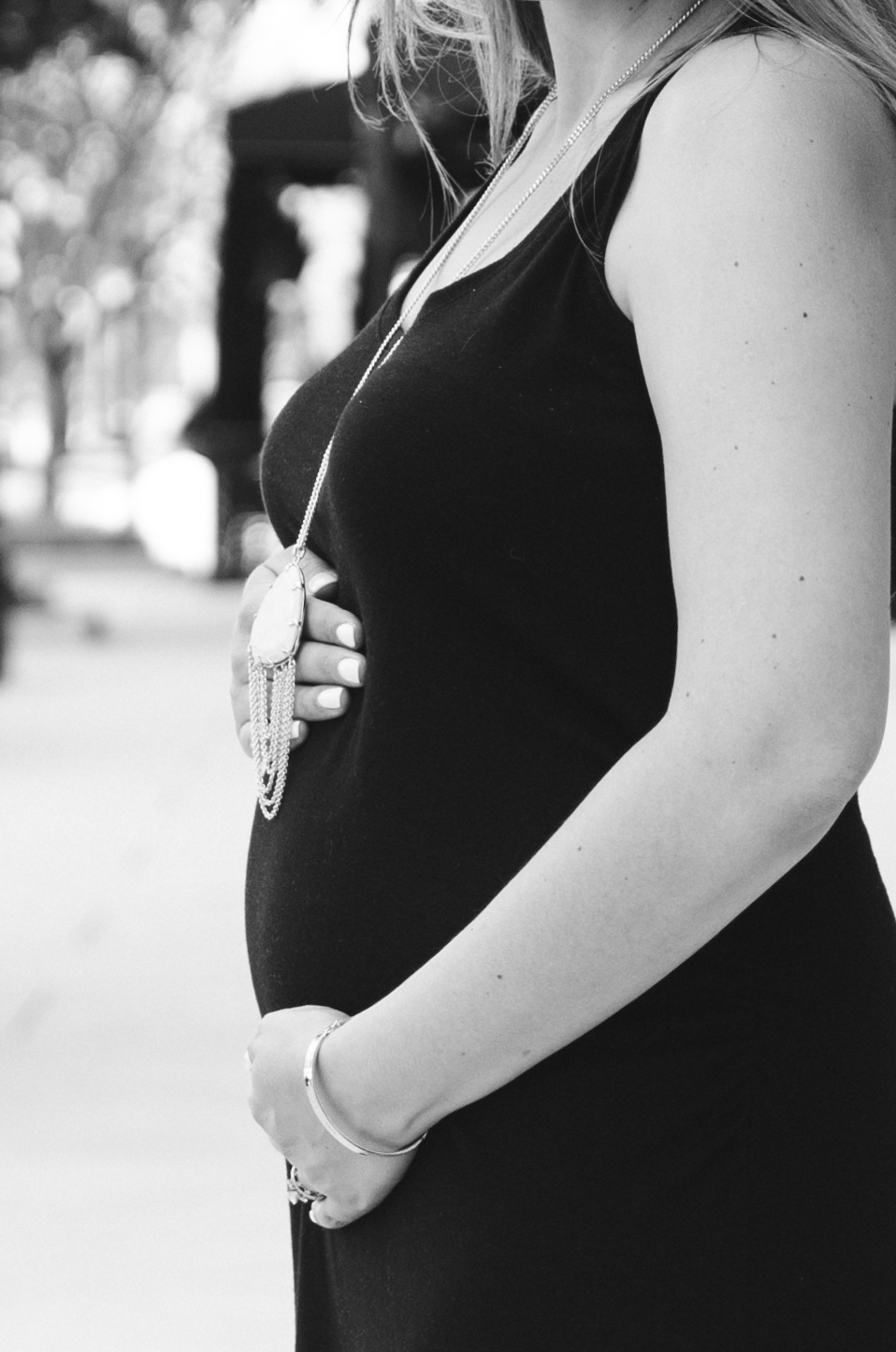 At 18 weeks, we met with the pediatric cardiologist. She spent the entire sonogram focused on the heart, talking about each and every structure with great detail. And she confirmed that it was in fact HLHS. She told us that on a scale of 1 to 10, this was an 11. And then went on to say she really could make no guarantees about quality of life. Babies with this diagnosis run that gamut. Some are pretty healthy kids, but some require heart transplants, have surgeries that begin to fail in their teens or twenties, and all require lifetime monitoring.

The day after our scan, we also met with a geneticist, who provided additional just-as-scary information. And then she recommended an amniocentesis. Of course I had googled the test before, knowing it was an option after my NT scan. And I wasn’t exactly excited about a giant needle going into my belly (or the risk of miscarriage). But I was in 100% agreement that we needed all the information we could get. Once the time comes for this baby to be born, I want to the doctors to be the most informed they can possible be. And honestly, the amnio was probably the easiest and most painless part of the day.

So far the preliminary results from the amnio have been positive. We received word with the FISH results just this week, and the geneticist confirmed that with 100% certainty the baby does not have Trisomy 13, Trisomy 18, Trisomy 21, or Turner’s Syndrome. We also opted in to the microarray, which should be available within a week or two with more detailed results. 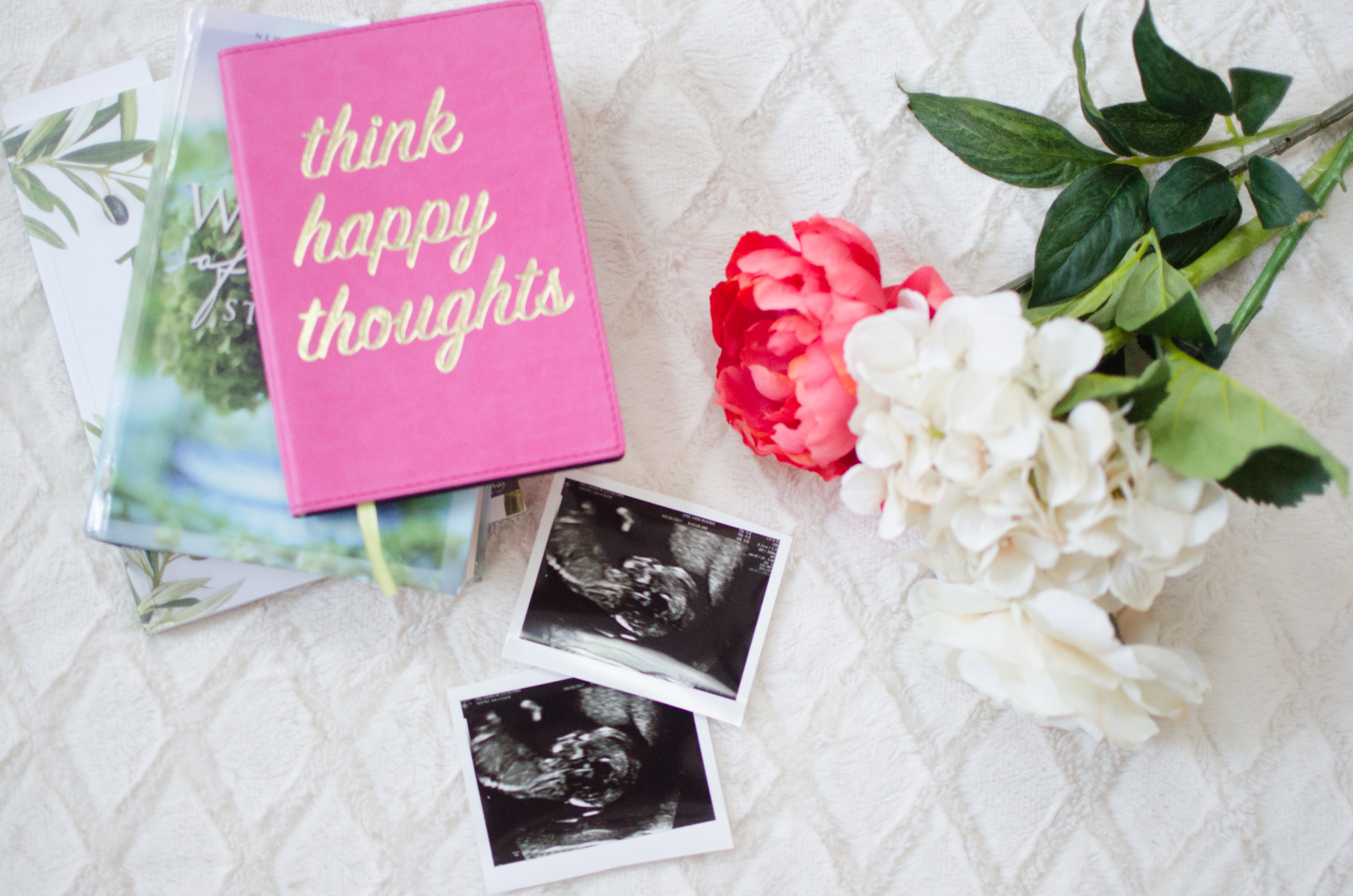 How are we holding up?

This has been the scariest, most stressful, most overwhelming season of my entire life. This baby is something I desperately wanted and prayed for. And after six months of trying and a miscarriage, finding out I was pregnant brought so much relief and joy. But at times, all of the constant doctors visits, diagnoses, and series of tests have made it difficult to just be joyful and excited for the future. Of course I don’t want to give the impression that I’m not happy to be pregnant. I am. I prayed for this child and this baby is blessing straight from God. But that pure, unadulterated joy I felt with my first pregnancy…it’s just not the same. It’s tempered with worry, anxiety, and this innate, crazy-fierce mama-bear desire to protect this child with every ounce of my being.

There are days when I’m strong, completely faithful in the Lord and not worry-free but at peace. But there are also tough days. I’m only human. I get overwhelmed by fear, worry, doubt, and anxiety. And some days, maybe even a lot of days, I waver between all these emotions.

But through it all, I can say with great certainty that my faith is stronger than it has ever been in my life. I’ll be honest, the miscarriage rocked me a bit. I had a harder time with it than I’d like to admit, and I found myself pulling back. I spent less time reading my devotional and Bible and less time praying. But this trial has reignited my faith. I don’t know how else to describe it but as a deep desire for closeness and complete dependence on Jesus Christ. And for someone who never felt that need before, I really don’t know how else to put it in words. But that relationship, that strength, hope, peace, and firm foundation… I know that is what is keeping me afloat.

And although I struggle through this trial. When I take a step back, I ultimately feel blessed. Blessed by a strengthened marriage, by friends and family who have shown up and given me so much love, this blog for providing financial blessing and allowing me a happy place to be a bit more carefree. So thank you, from the bottom of my heart for being a part of this blog. I am very blessed by each and every one of you.