Y’all, I’m pretty sure the opening day for the  pumpkin patch was this weekend… and we didn’t waste any time! My thought process was to go early in the season and beat the crowds. Well, I think other people had the same idea! Surprisingly, it was pretty darn busy! But that didn’t stop us for hunting the perfect pumpkins and snapping these mommy and me pumpkin patch outfits! 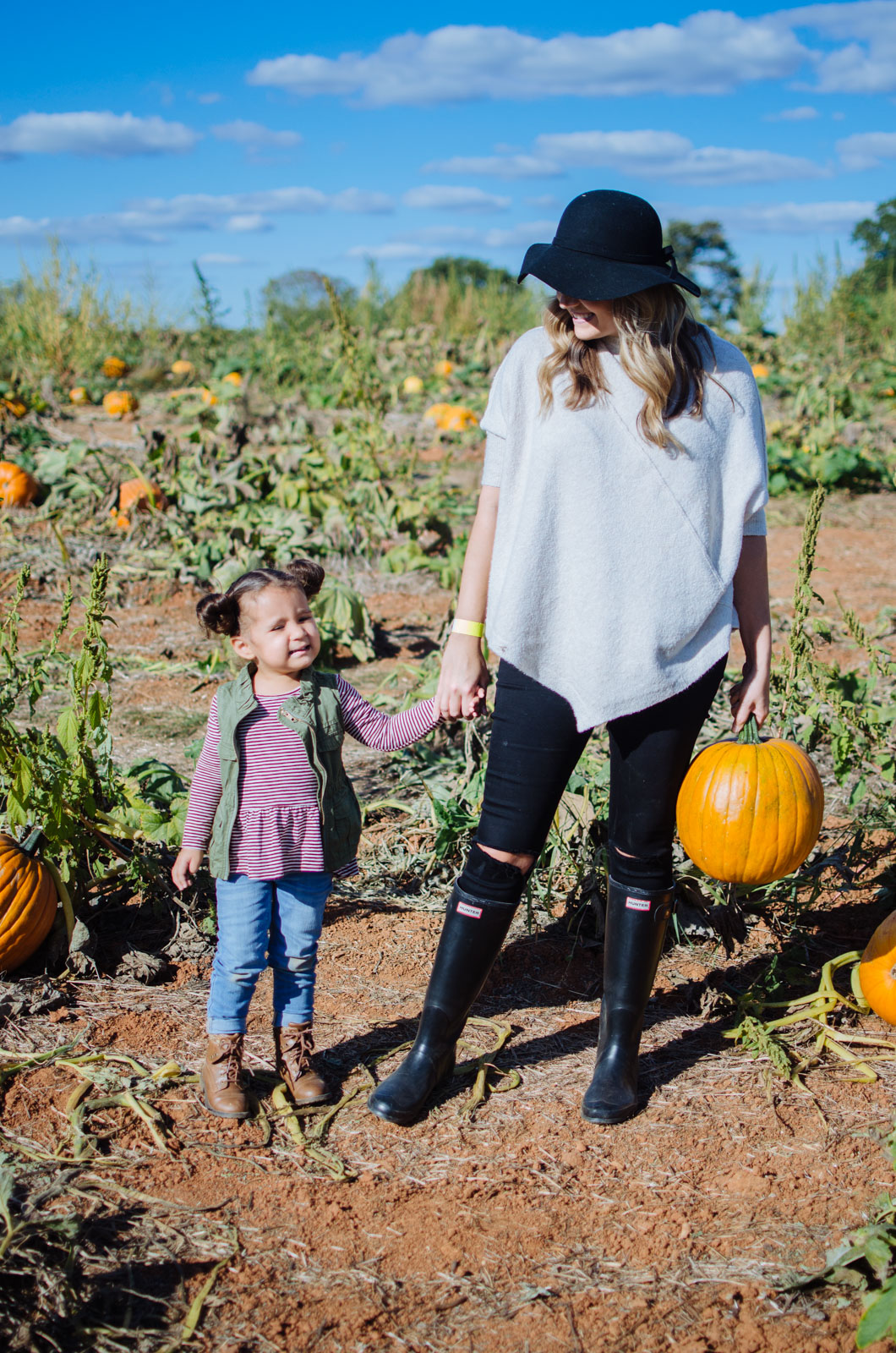 This year was so fun for us. For one, Layla truly knew what was going on and what we were doing. I didn’t have to carry her in the carrier this year either! (High fives!) She walked the fields like a TROOPER, even when she busted her booty a few times! On the other hand, with her being older, she was also old enough to pick her own pumpkin. And y’all what a trip that was.

I mentioned it on Instagram, but seriously we made laps around the same area searching for the perfect “little pumpkin.” Apparently the part of the field we were in had all the large ones, but she was determined! She picked out several and then instantly changed her mind in true toddler fashion. After at least 20 minutes of that, we called it and picked out one for her. But that was not until after she tried to claim mine as her own. ? OH, TODDLERHOOD.

In previous years, I’ve worn several different types of boots to the patch: booties, knee high… But the winner of all of them is these Hunter boots. Since we only go once a year, I forget how dusty it is out there! And with the super-uneven terrain, having boots with lots of tread were a godsend. I actually had a pair of booties on with this outfit originally but changed. Sometimes practicality wins out y’all. And a lot of time it pays!! 😉 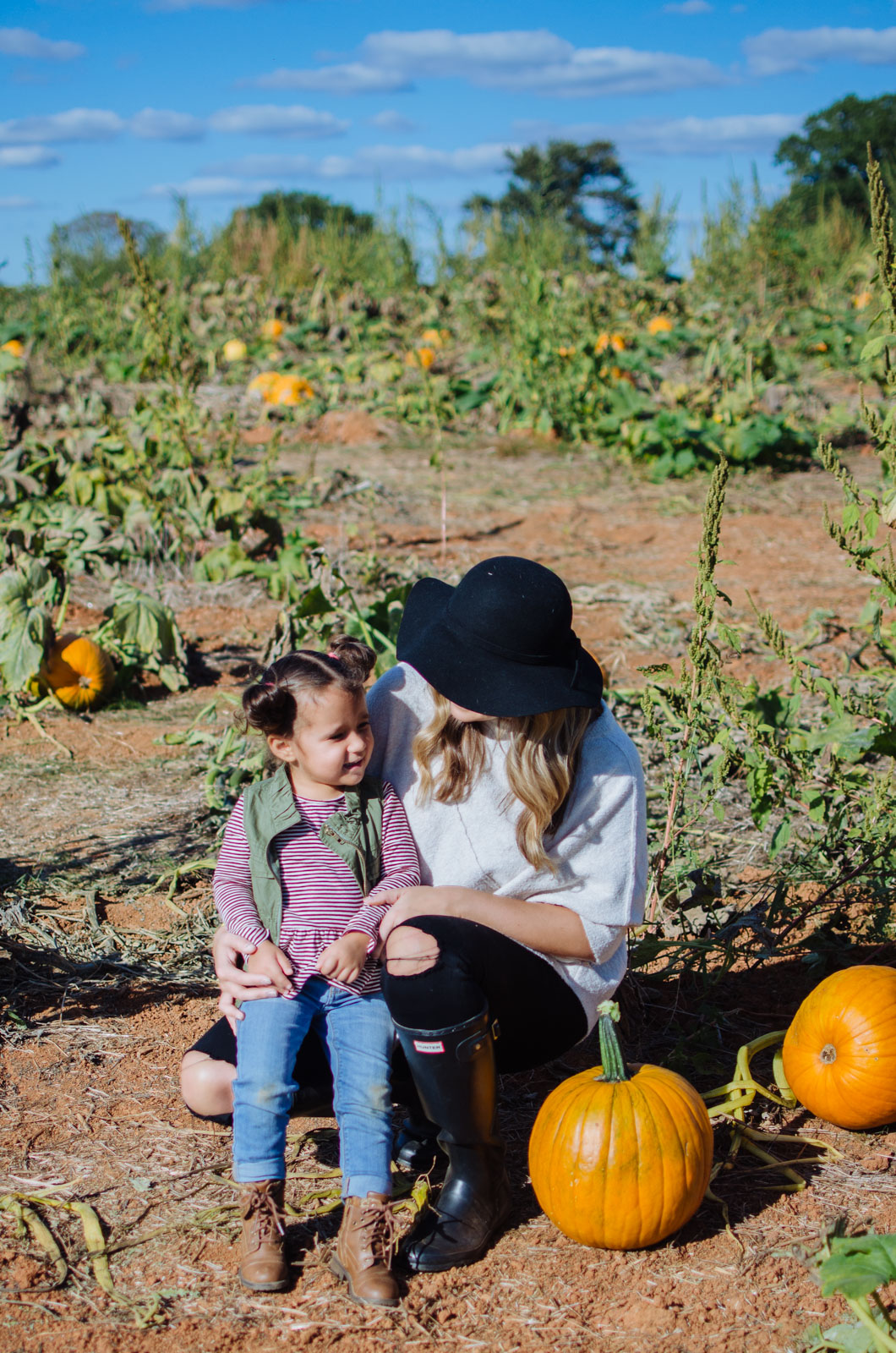 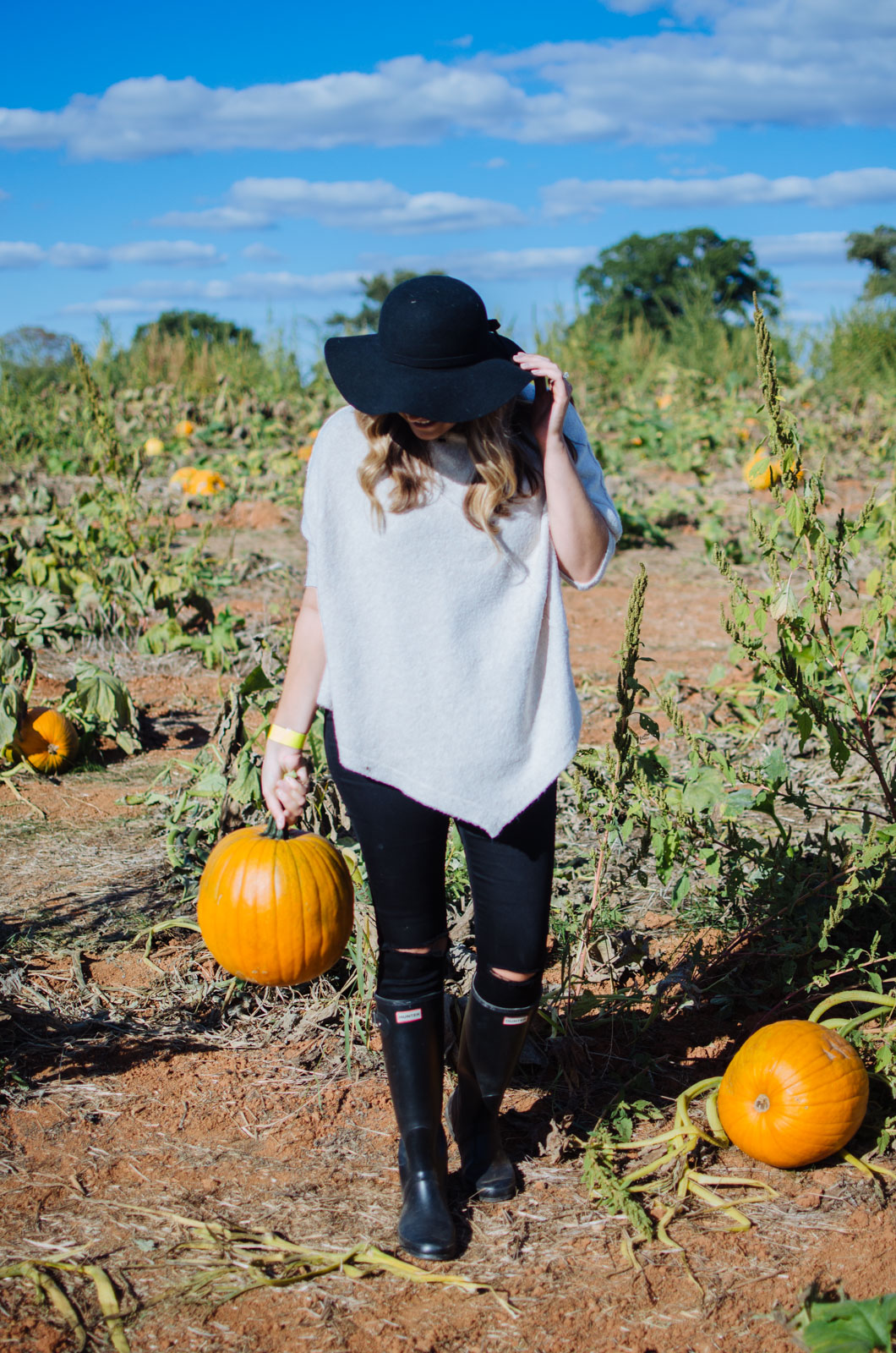 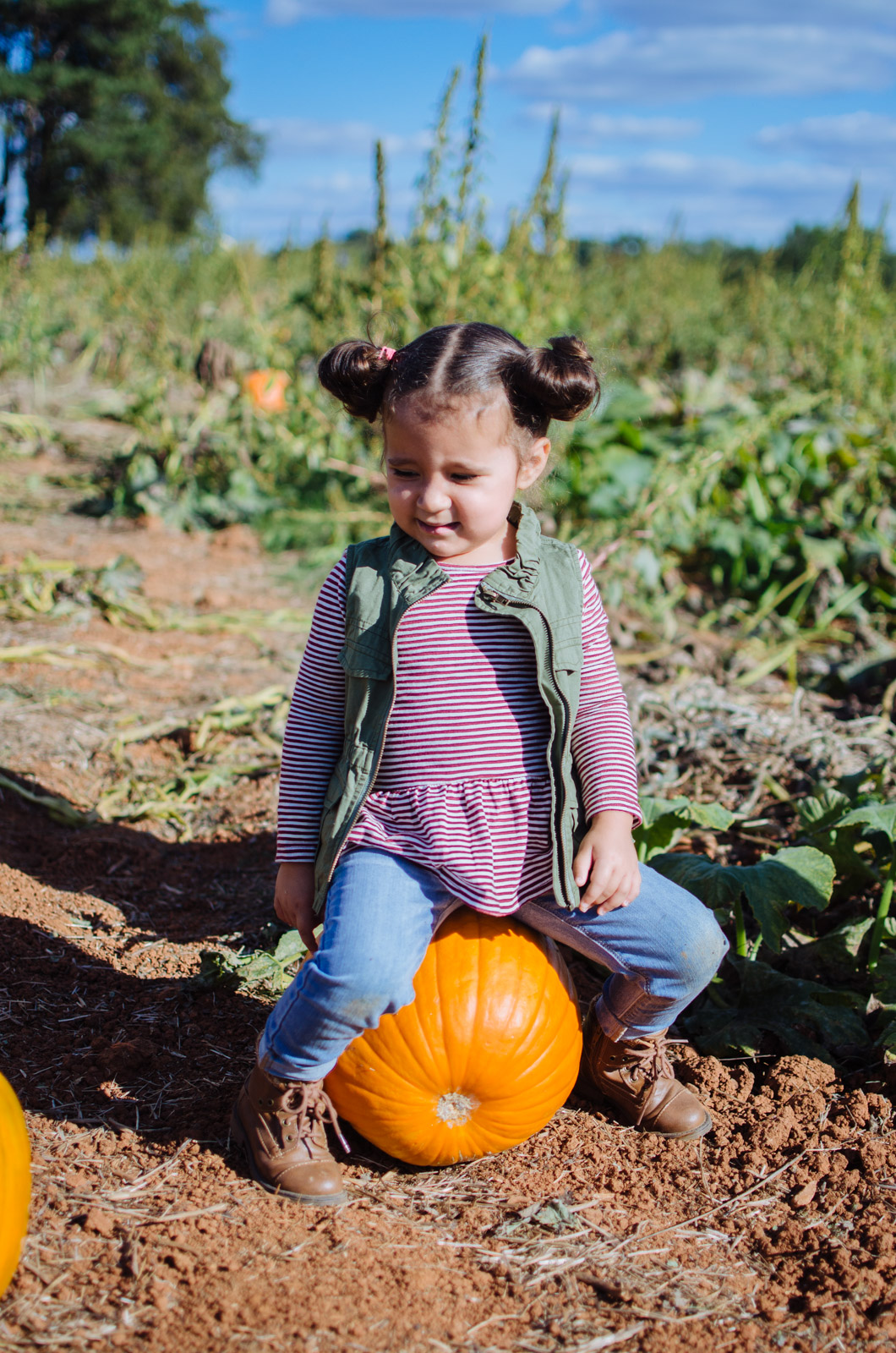 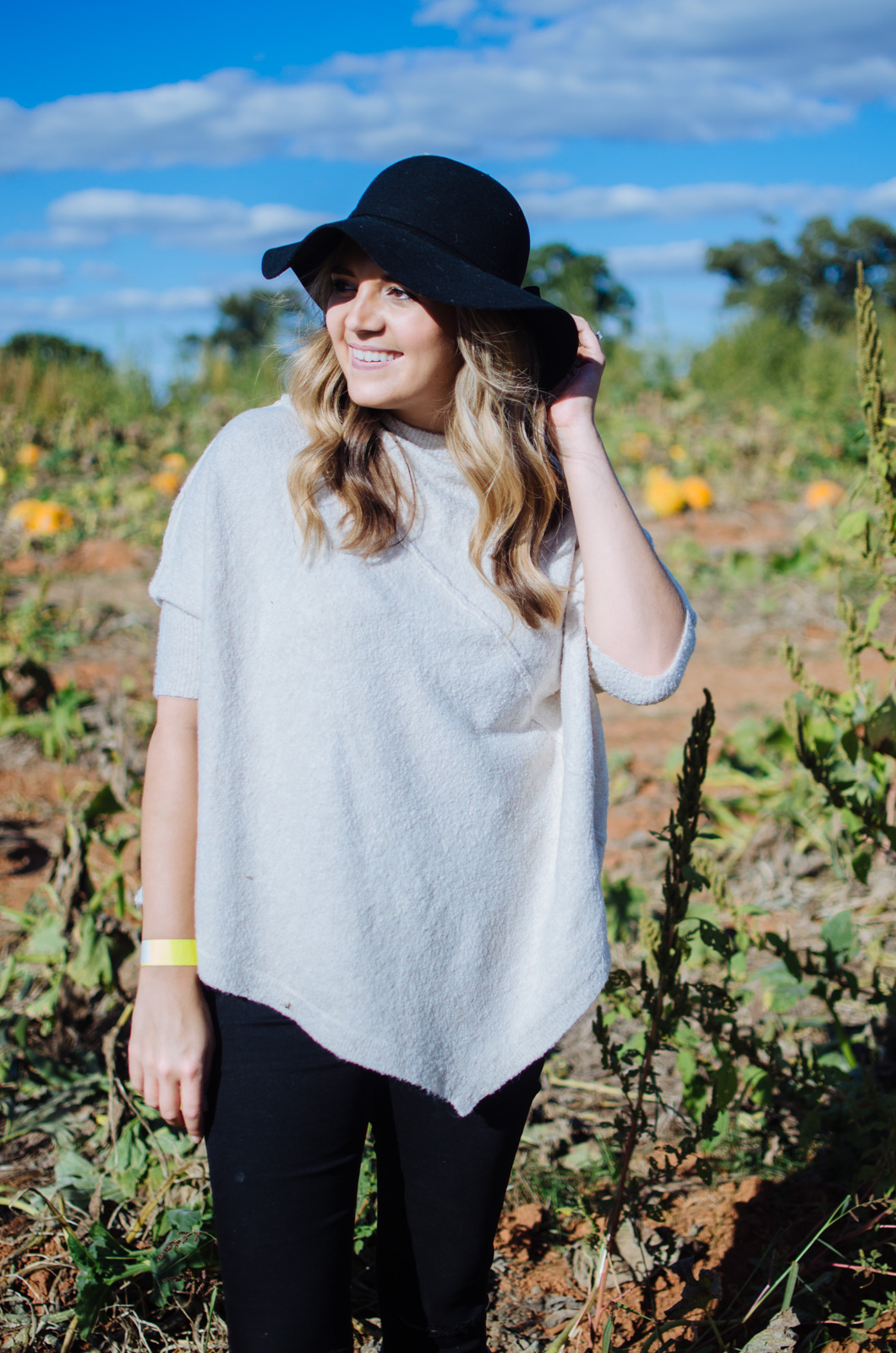 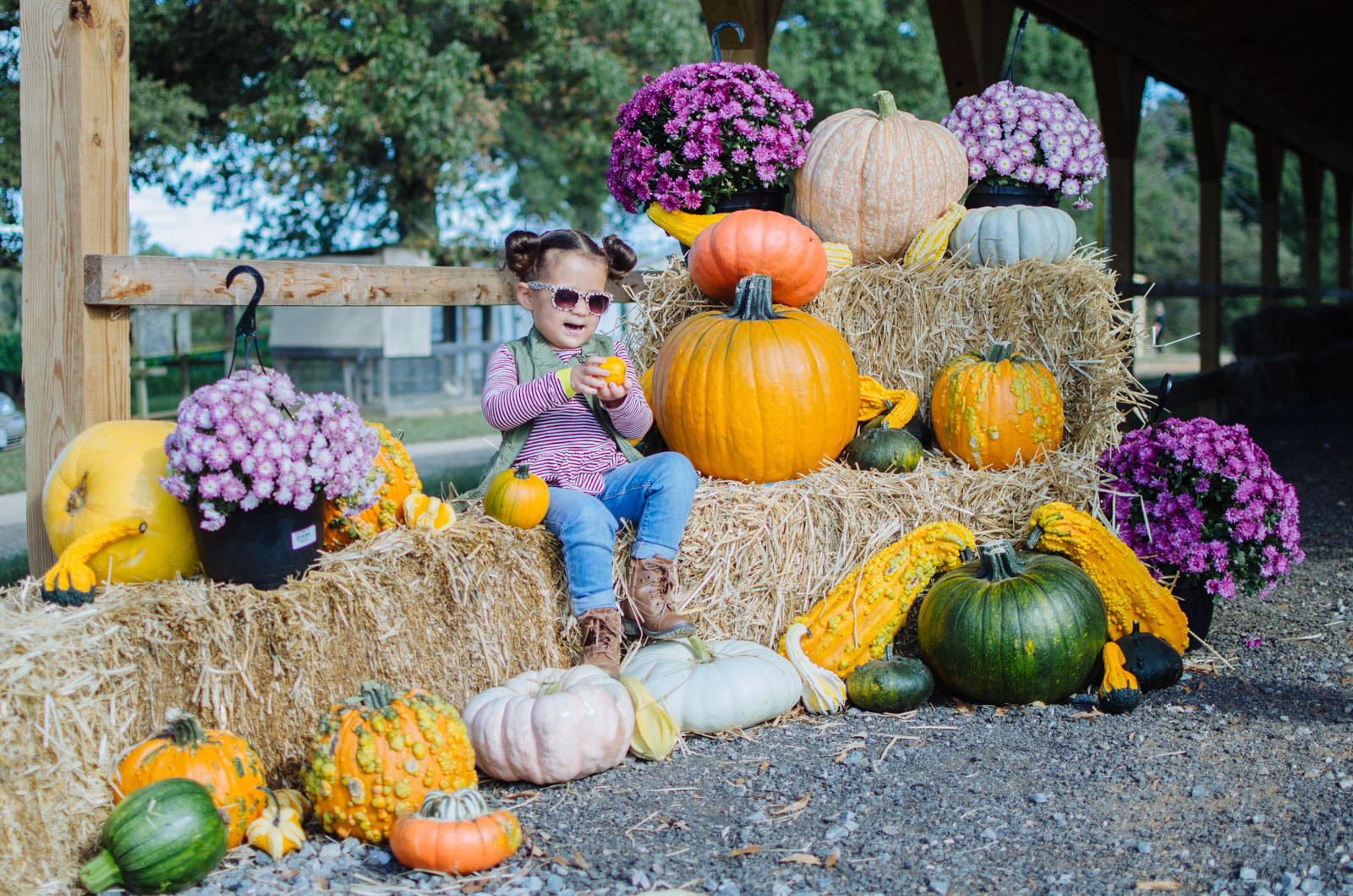 5 thoughts on “Mommy and Me Pumpkin Patch Outfits”