I’ve made no secret that we’ve gone through some big trials over the past year. I’ve never grieved so deeply and been so challenged in my lifetime. And if I’m being completely honest, we are still very much grieving the loss of our sweet baby Grace. But in mid-December, we received some news– a blessing straight from God. I like to think that Gracie had a hand in it too, picking out a sweet little brother or sister to bless us with on earth. We are expecting our rainbow baby, due in August. 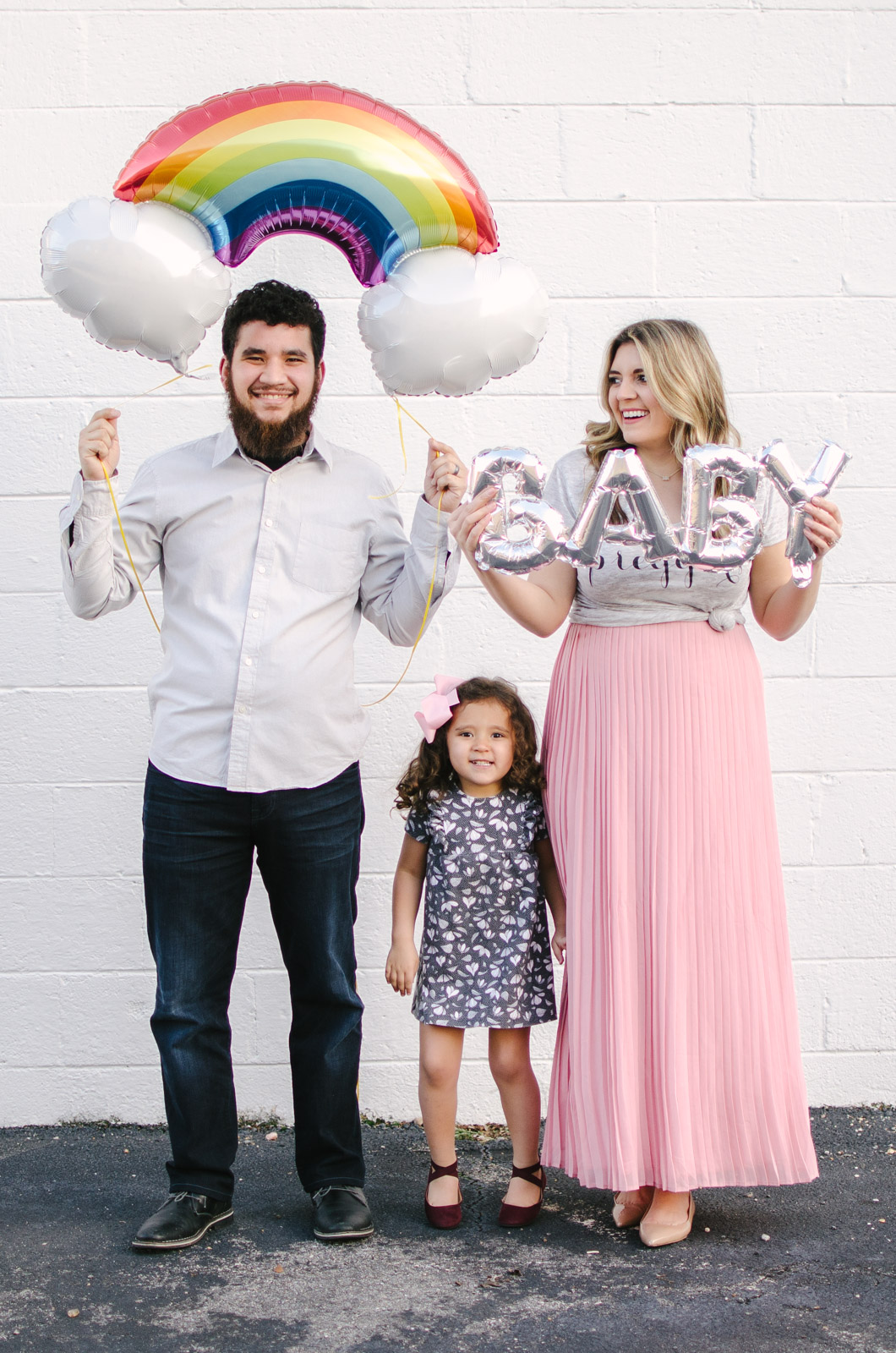 I wish I could say that finding out filled me with immediate joy, but that wouldn’t be truthful. This pregnancy has been a stressful, emotional roller coaster. Pregnancy after loss is such a different experience than my previous pregnancies. I could probably write a novel, and I will be following up this post with more details. For anyone experiencing pregnancy after loss, I want to support and encourage you. Because for me, like my loss, it has been an incredibly isolating experience. But today’s post isn’t going to be about that. It’s going to be about our love and hope for this new little one. 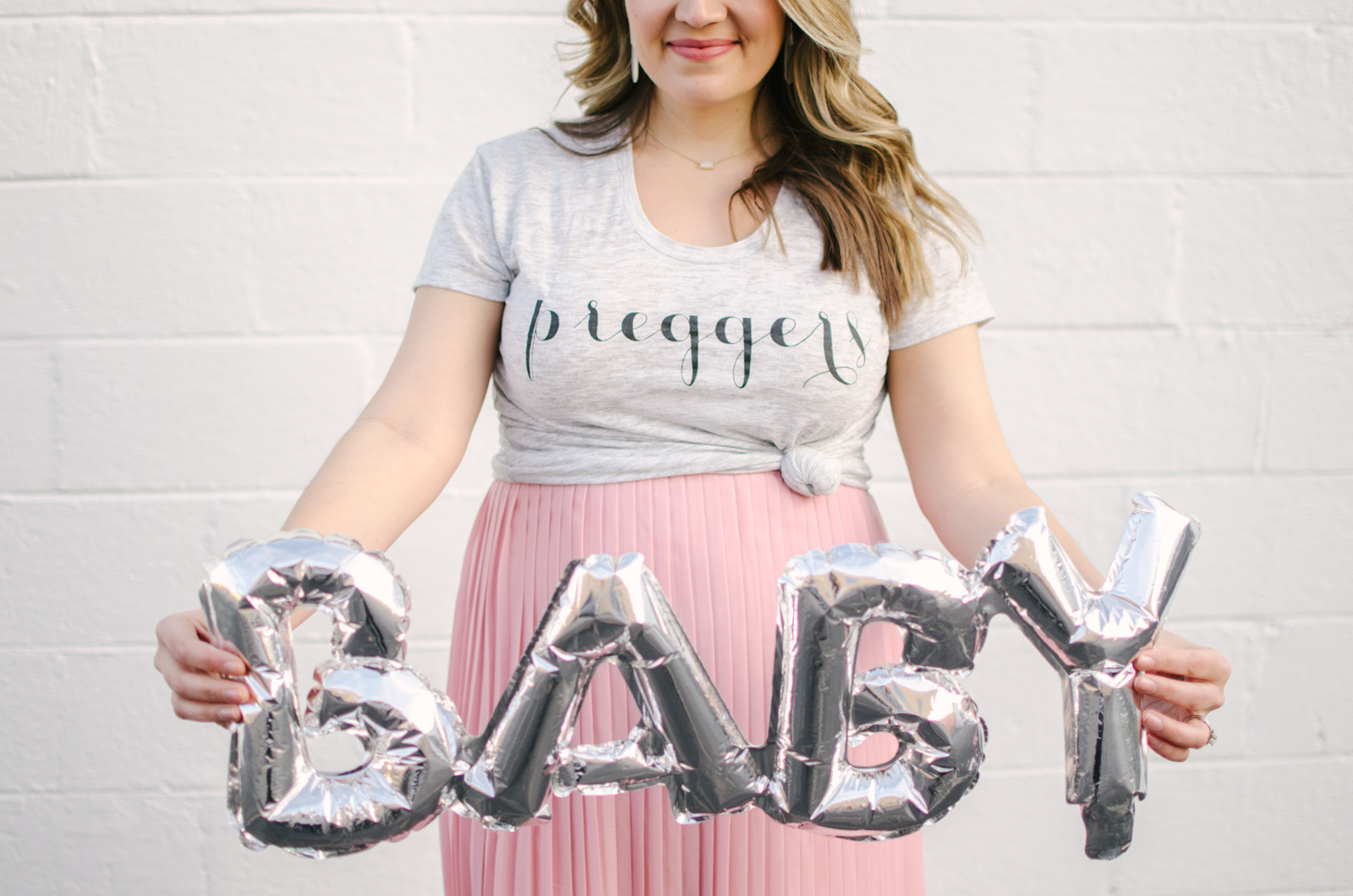 How did you find out? I’m sure some moms can relate, but I just had this feeling I was pregnant a week or more before I took a test. I just felt different. When I told Aaron, he asked me to wait to test until he was home. I just shrugged it off because it was way too early to truly tell. Well, the week or so passed, and one night I had terrible insomnia. I couldn’t sleep at all. I knew something was up. So, first thing that morning (I don’t know if it was even 6 am!) I took a test… and another because you really just can’t be sure. ? Both were positive, but that didn’t stop me from taking one more the next day.

Of course Aaron was out of town for several days, and I felt like a bad wife for not waiting. To surprise him, I bought a mini stocking to hang on our Christmas tree. Inside I hid the test that read, “positive.” When he got back in town a couple days later, I told him I had purchased him a special ornament. He found the stocking, and was like, “uh thanks.” Totally not getting it, I told him to look inside. It was so sweet to see the shock on his face. Of course, he laid into me a bit for not waiting, but he was too excited to be truly upset with me. ❤ We didn’t tell Layla until around 9 weeks, but more on that below… 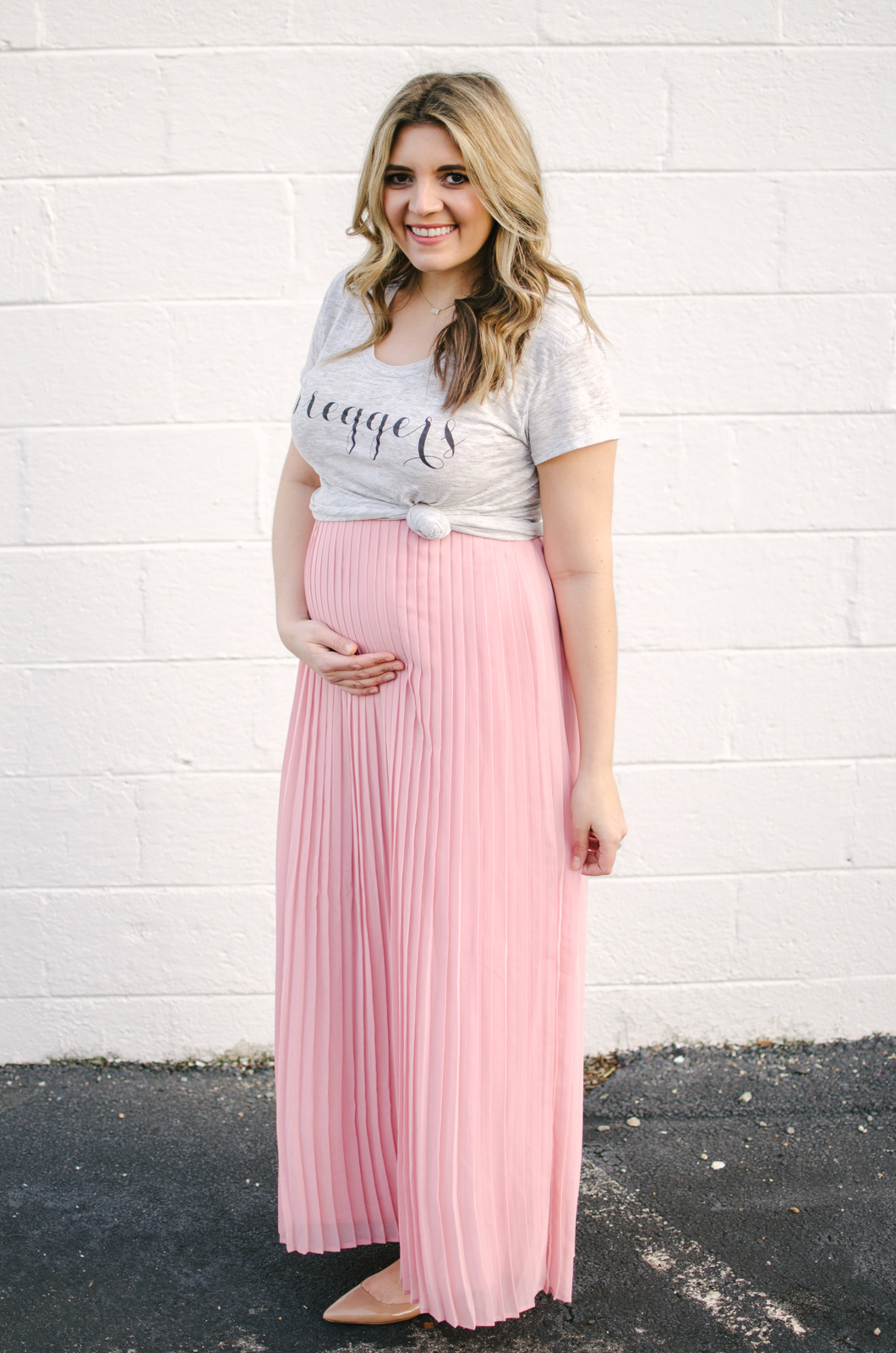 How far along are you? 14 weeks

What is your due date? August 24. (And if you’ve been around since my pregnancy with Layla, you might be thinking that my expecting late August feels familiar. Well, YEP! Layla’s birthday is August 30, only about a week after our due date!! ? Here’s to hoping that they are born at least a week apart?!) 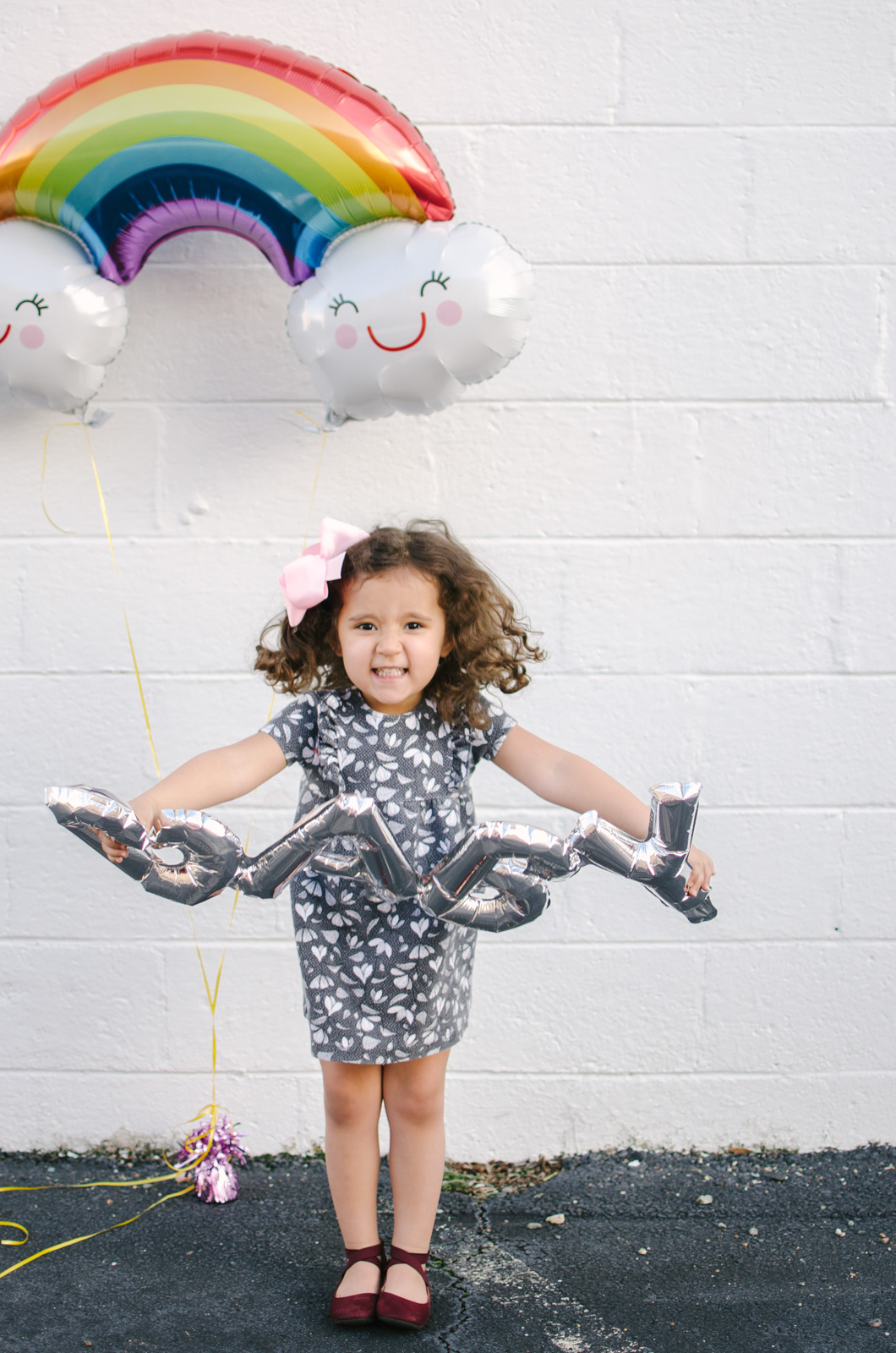 Do you know the gender? Not right at this moment. Because of the complications with my last pregnancy, I did receive some additional testing this go around. We should be finding out any day now! (Although I will say, we do have a pretty good inkling since our sonogram tech gave us her opinion. But we’ll know for sure in mere days if not hours… clearly I’m hoping they call today. It’s the 9-day mark, and I’m getting antsy! ?)

Do you have a name picked out? We have a short list of girls names, but when it comes to boy names, Aaron and I are not on the same page. I have a list of maybe 5-10 I like, and Aaron is just lobbying hard for an Aaron, Jr. ? 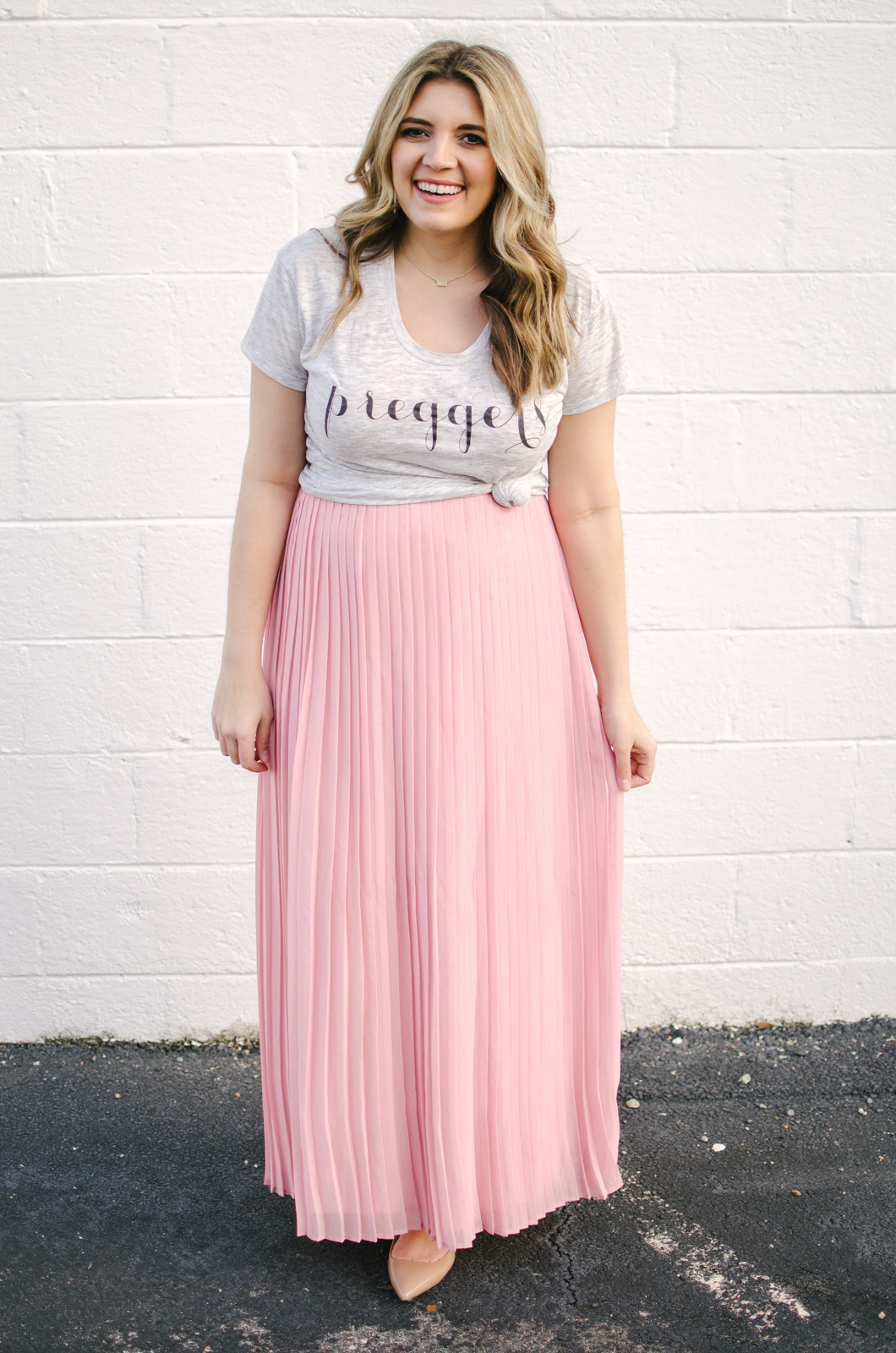 How are you feeling? I’ve been all over the map emotionally, but we’ll save that for another day! Physically I’ve been exhausted, which is pretty typical. I’ve napped most days during Layla’s nap just to make it through the day. But the past week or so, I’ve felt my energy start to come back. I’ve still been going to spin classes, which have been good for my stress and energy levels. And food-wise things have been a bit weird. Random things have given me heartburn, which again is to be expected. And that constant hungover, nauseous feeling finally subsided! I’ve also dealt with random bouts of insomnia, but thankfully the past two weeks have been restful! 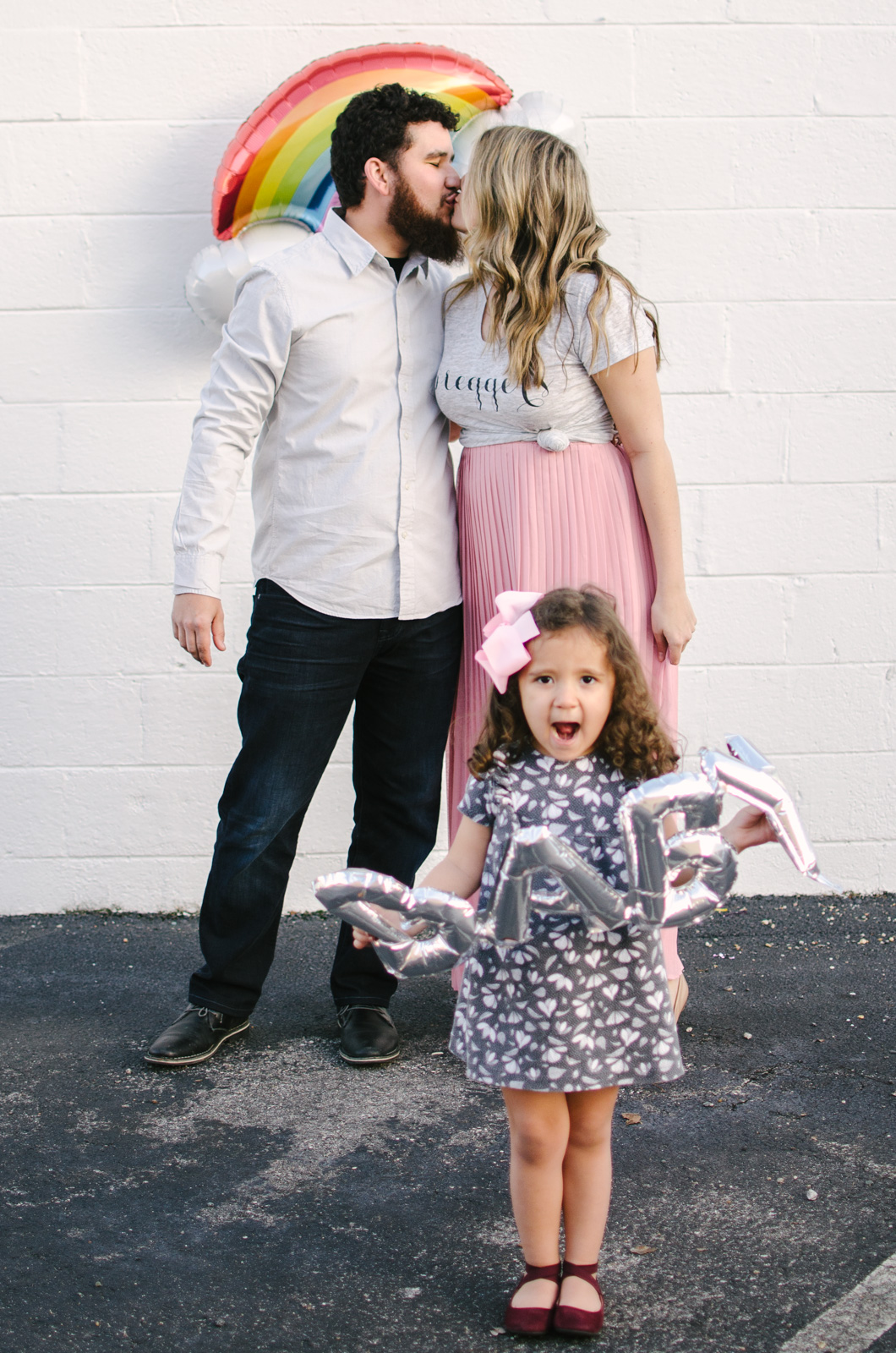 Have you told Layla? Yes! I wasn’t planning on telling her quite this early, but Aaron spilled the beans around 9 weeks! Y’all she is SO EXCITED. Of course, she immediately went into her dance class and announced multiple times that mommy has a baby in her belly. Afterwards we had to have a talk about secrets. As I’m sure you can imagine, that went really well. The next day she went into preschool, telling her class about the baby, and then clarifying that it was a secret. ? Her sweet teacher pulled me aside to let me know, and we all had a good laugh about it.

Since then, Layla has been talking nonstop about the baby. Every time we’re at Target she points out the baby toys and asks if we need to buy the baby anything. She’s also been asking lots of questions about babies in general. “Do babies like bananas?” “Babies don’t talk, right?!” “Babies, don’t walk. They crawl.” She is ready to take on her role as a supervisory big sister! But just to be clear, she’s not sharing her lovey. ? 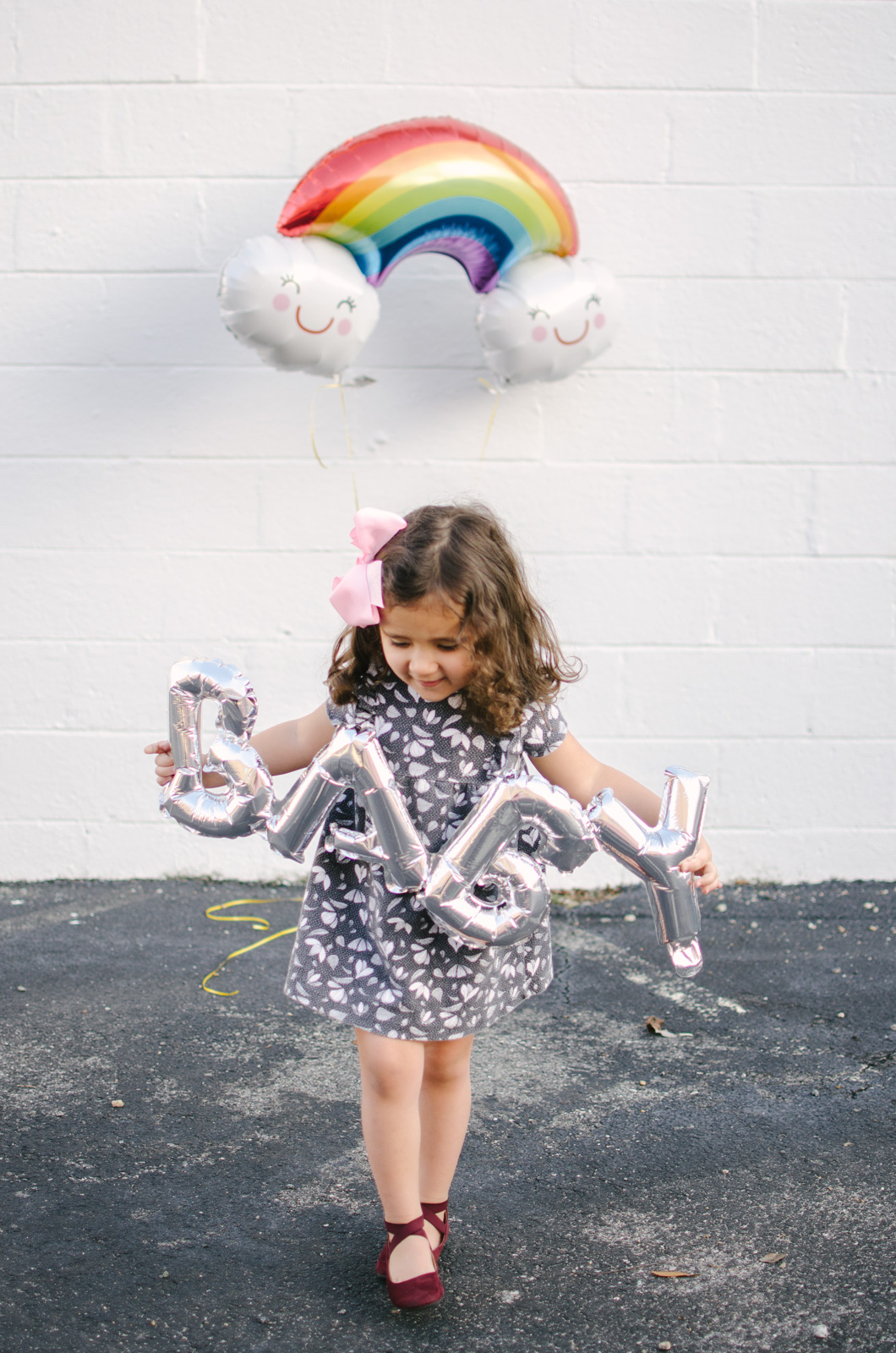 Cravings? Nothing consistent. Some days I just randomly get something on the brain and want it. I went through a pickle phase for about a week. (I know. Fight the stereotype, Lauren!!) I’ve craved sandwiches, which is kind of odd for me. Tuna salad has become more of a regular. And randomly the other day I really wanted a steak. Like, REALLY. I texted my husband a series of steak GIFs until he finally took me to Outback. ? 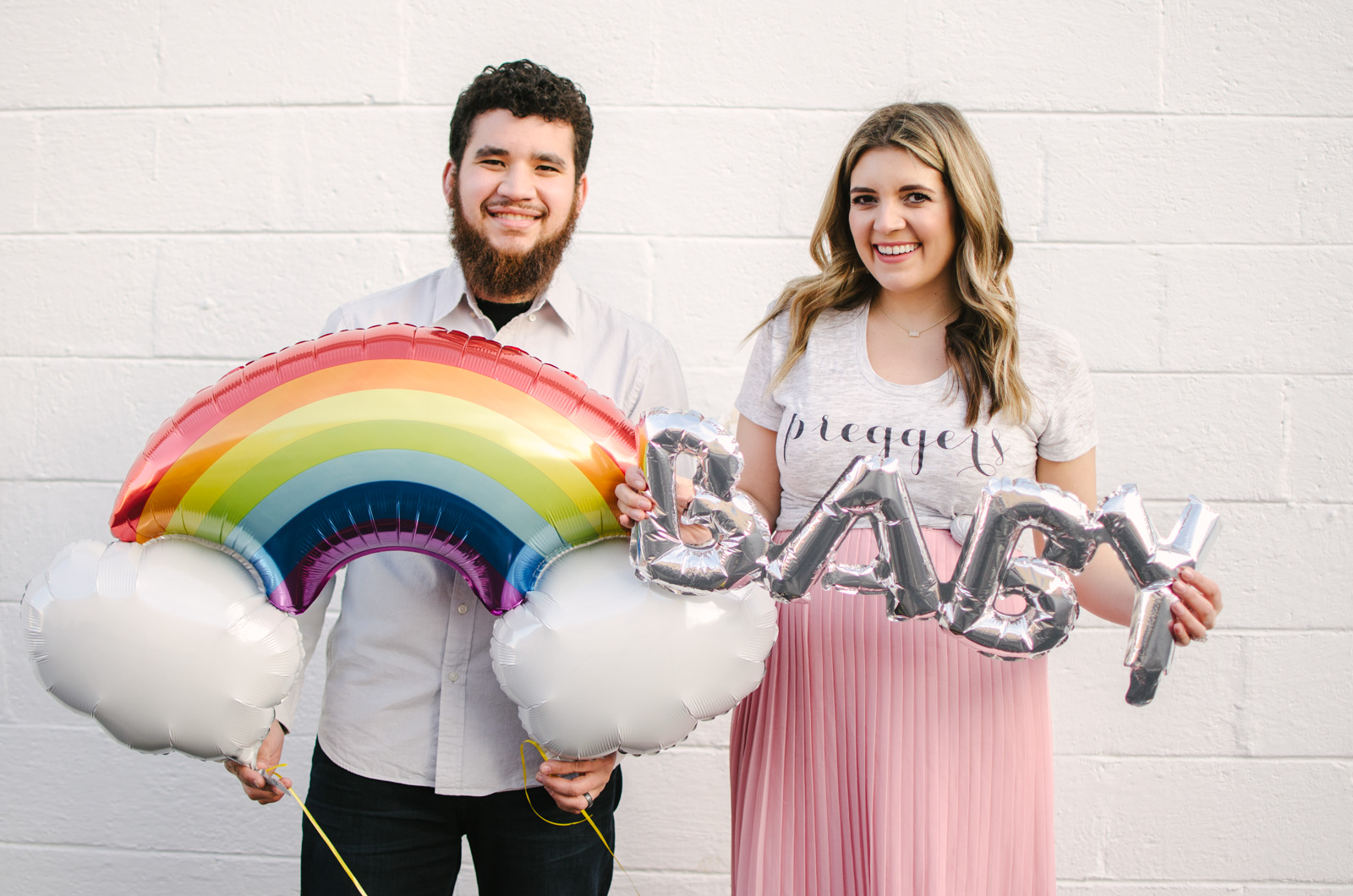 I’m so excited to be sharing this pregnancy journey with all of y’all again. You’ve been so supportive and sent us so much love throughout our pregnancies and losses. THANK YOU. I just ask that you would please keep us in your prayers. A healthy baby and safe delivery is the greatest desire of my heart, and I know that y’all will support us in that wish!