Eliana is one month old- whaaat?! (Well actually she’s six weeks, but who is counting, really?! ?) I was feeling pretty nervous near the end of my pregnancy about our transition from three to four, but thankfully, it was pretty much for naught. Ellie is a very laid-back baby and is already learning to go with the flow. Although it’s still early for a true routine, I feel like we’re finally settling in and finding our groove. 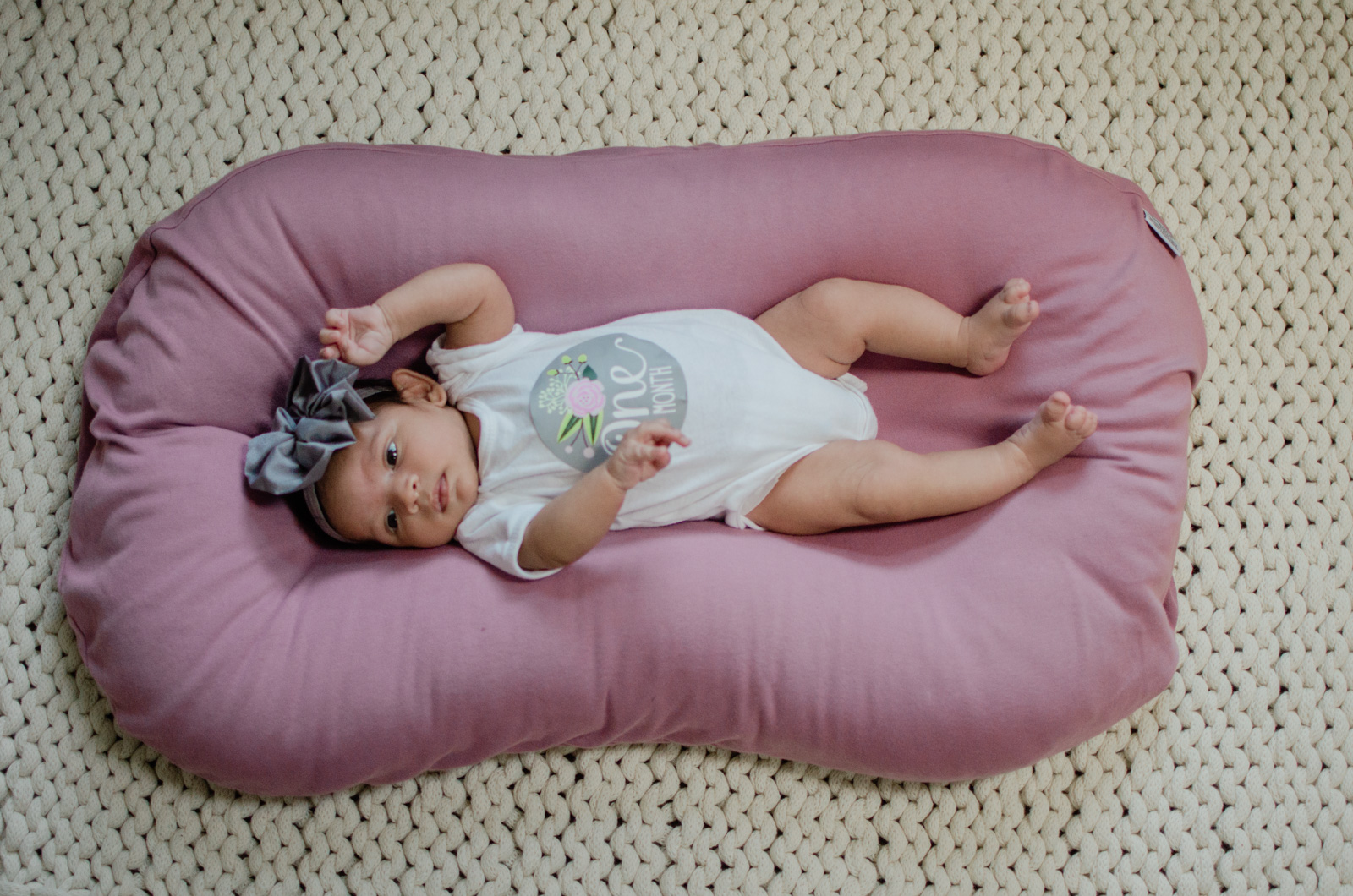 Weight: I’m not sure how much she weighed at exactly one month. Since she is our second and was gaining weight well at her 2-week checkup, my pediatrician suggested us skipping the one month appointment. She won’t be seen again for another couple of weeks at her two month appointment, so we just weighed her this week on our at-home scale! I am so proud of her weight gain, especially since upon being discharged the nurse made a point to call out that she had lost 6% of her weight. At two weeks she weighed 7 lbs. 10 oz, so she’s just trucking right along!

Eating: Little girl doesn’t like to miss meals! She gets hungry every 2-3 hours like clockwork. I have an app I use to track her feedings, and we joke because I could almost set my alarm for exactly 2 hours and expect her to start looking for food! At nighttime, she’ll sometimes go as much as 3.5 hours for the first feed, but then she’s back to business.

We have had a little issue with reflux, but it’s mostly related to my oversupply and Ellie’s very effective eating! To help, I’ve been using this silicon breast pump to “catch” milk as I let down, and then letting Ellie latch back on. We’ve also been keeping her upright for about 30 minutes after eating and giving her Mylanta before bed per our ped’s recommendation. Before we made these changes, she was having some serious projectile spit up! Thankfully it’s getting a lot better now! 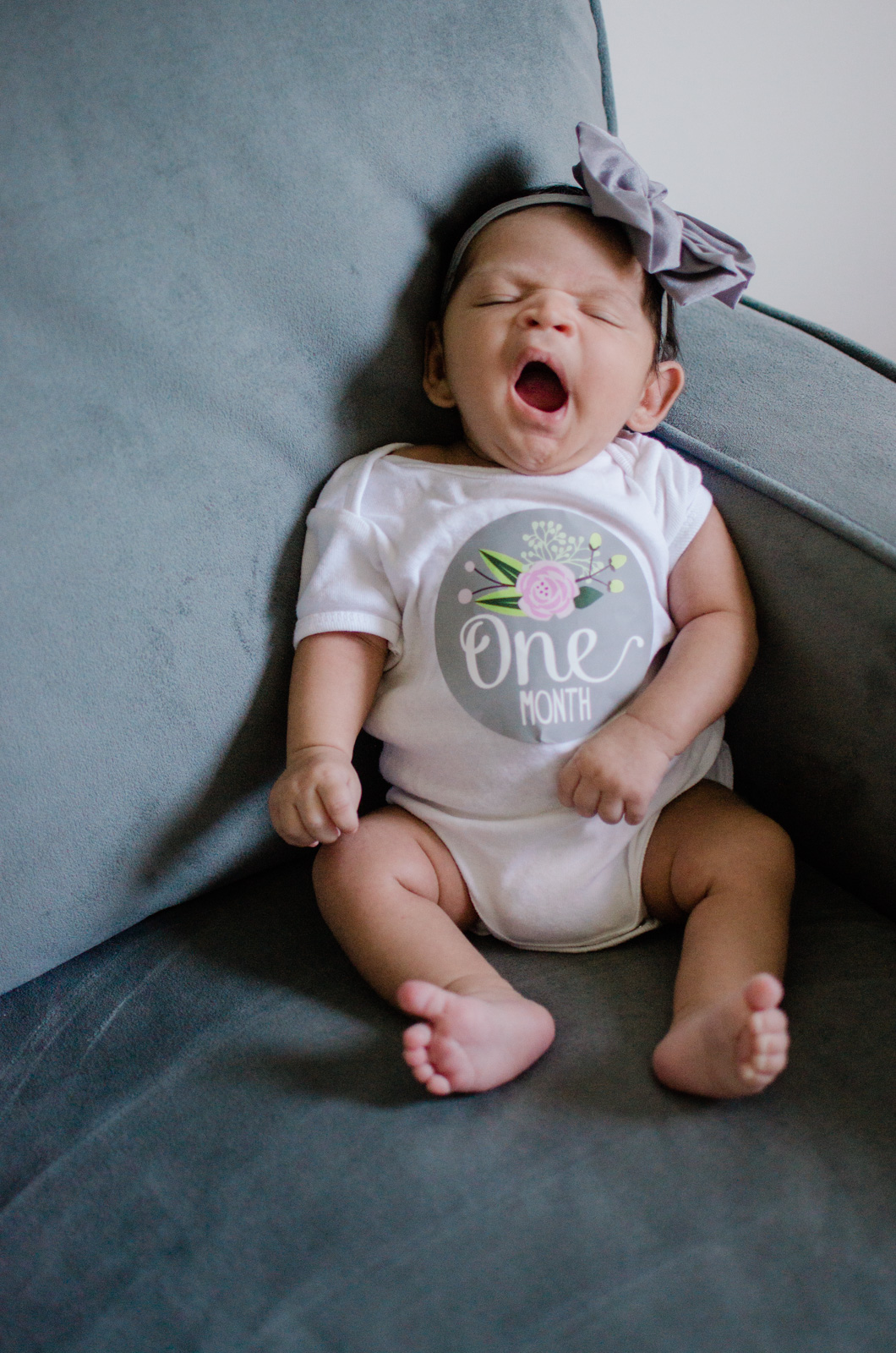 Sleep: Like I mentioned, food is a priority over here. We really aren’t getting big stretches of nighttime sleep! For the first stretch, we might get up to 3.5 hours, but a lot of nights it’s between 2-3 hours. After that, we’re back to the every-two-hour schedule like during the day. She sleeps a lot during the day, of course, so when I can, I try to lay down during the day for a short nap while Layla also sleeps.

For daytime Ellie sometimes naps in her Snuggle Me but most of the time she wants to be in arms. I think I having my mom in town for the first three weeks of her life spoiled her! She was almost never alone! She also naps well in her car seat (when we’re in motion and she’s not hungry– important caveats!). And in her opinion, you just can’t go wrong with a little belly to belly snuggle too. Put her in the wrap, and she’s almost guaranteed to pass out! 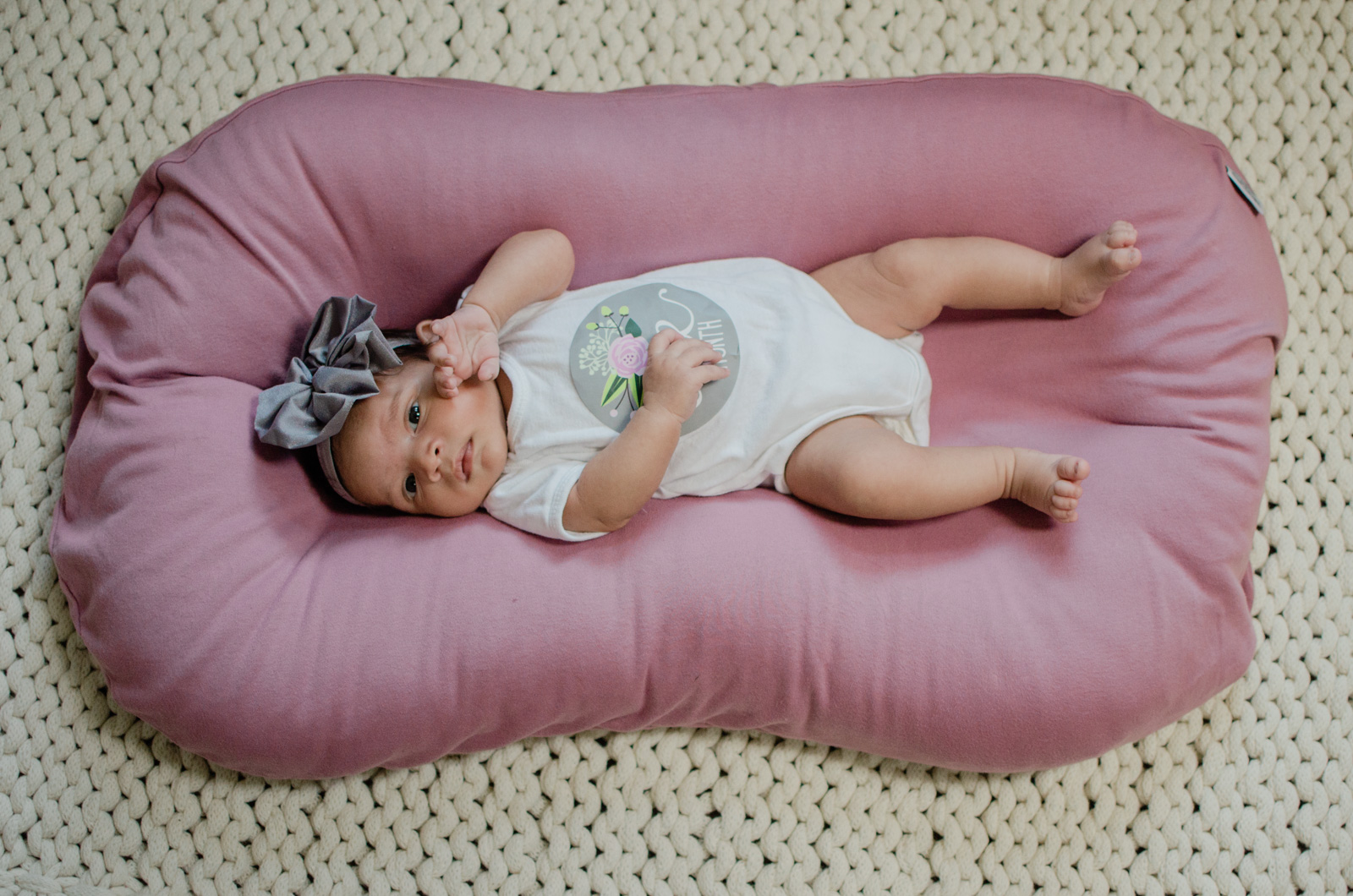 Clothes: We’re still in newborn clothes and diapers! When Ellie was first born she was seriously swimming in all of her clothes! Aaron and I went to Carter’s to pick up a few more newborn onesies and sleepers, and they were still massive on her. Thankfully she’s starting to fill them out now!

Mood: Eliana is a pretty go-with-the-flow kinda gal unless she’s hungry or tired… So basically she’s a lot like her mama. ?Also, don’t mess with her around 8 or 8:30 at night. Girlfriend gets FU-SSY! Once she gets her nighttime milk and swaddle though she typically passes out. 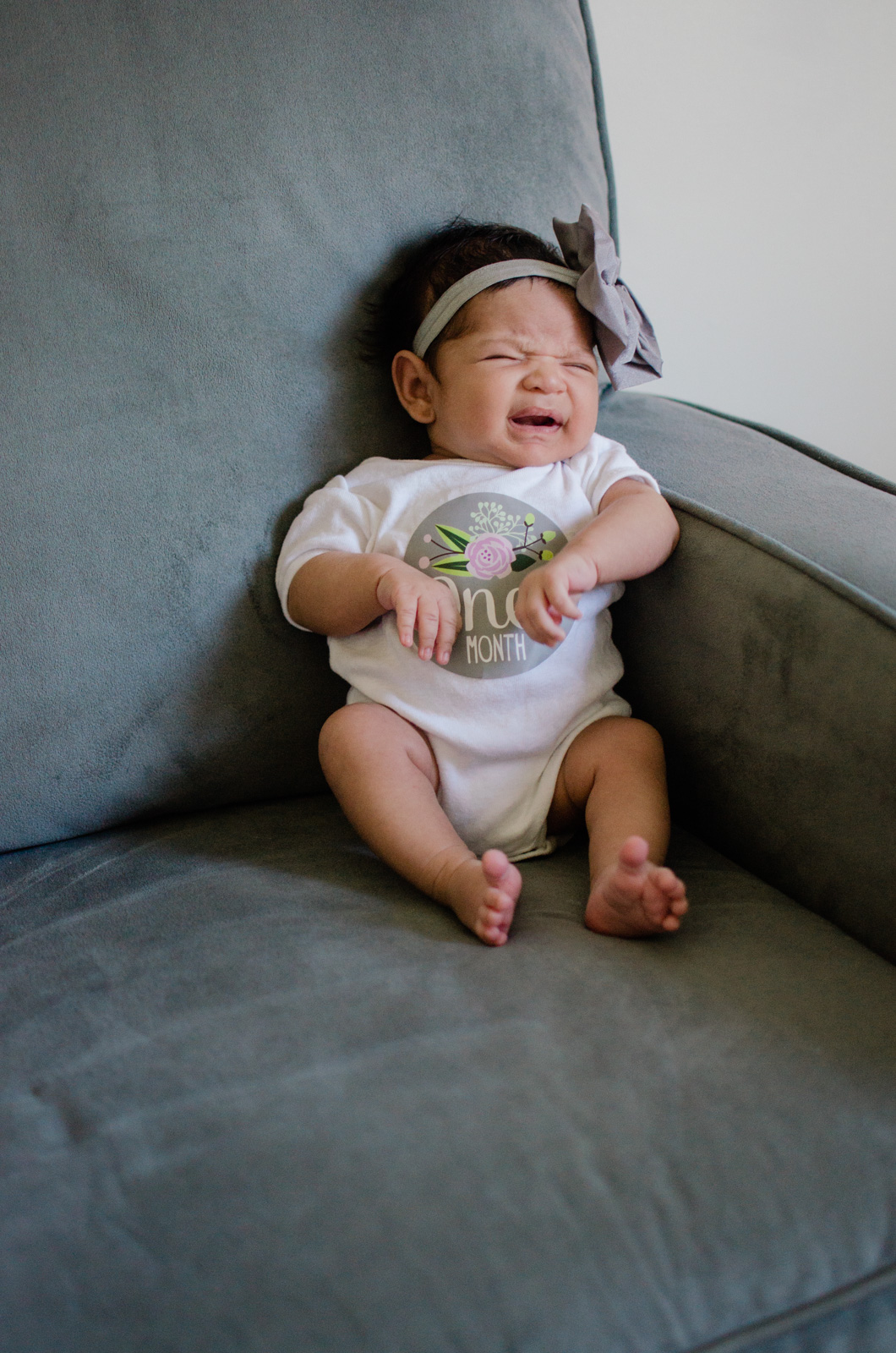 Nicknames: Ellie, Ellie-Ellie (creative huh? ?), Ellie girl, Ellie belly, punkin, chunkin’ punkin, and very rarely Aaron will break out Smelly Ellie, which promptly gets a “don’t you call her that!” from me

1 thought on “Eliana’s One Month Update”