On Monday I mentioned that we took Layla on her first little sledding adventure over the weekend, but I couldn’t resist sharing a few shots. Our first attempt on Saturday was a total bust, but it was pretty windy and still snowing, so I guess I can’t really blame her. We tried again on Sunday, and it was a little more successful. 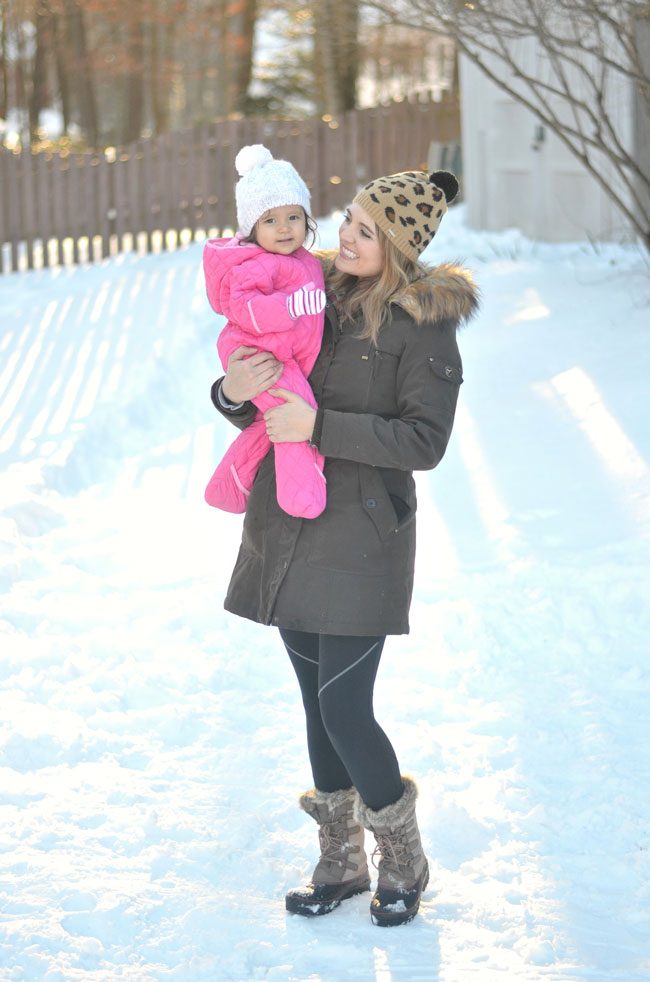 We actually made it down the little hill in the neighbor’s three times before she had enough. It probably helped that I also didn’t force her to wear her snow boots too. She wasn’t a big fan of toddling around in them. (They’re so much stiffer than her normal shoes, which caused her to do a little zombie walk!) I love that her snow suit has the option to just fold over her feet instead. That seemed to work out a lot better for us. She still didn’t quite buy into the whole sledding thing, but I’m still hoping she’ll come around (especially since she loves slides. They’re not that much different, right?!). 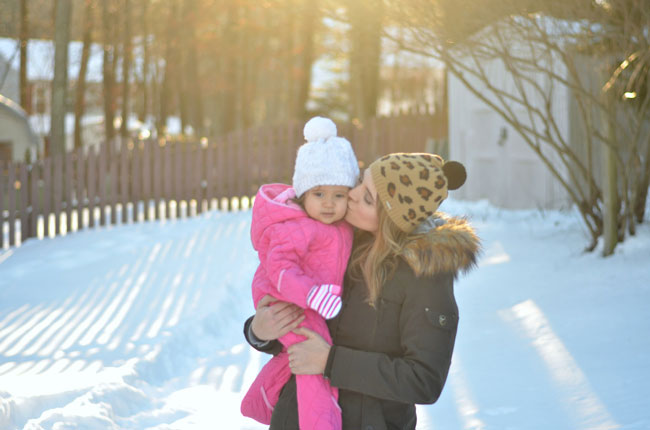 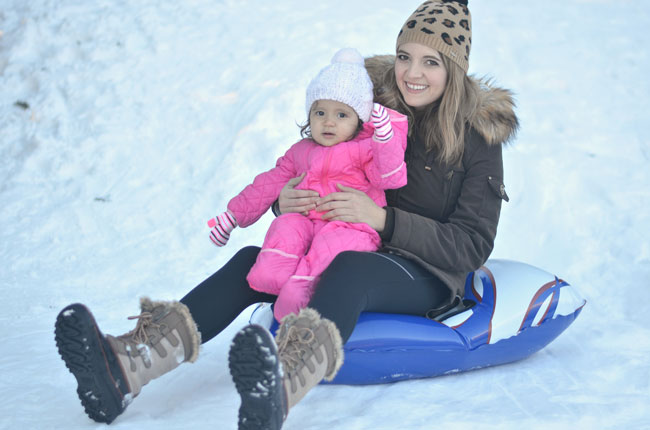 If you have little ones, when did they start enjoying the snow?