Oops I did it again…. completely forgot… to do my bumpdaaaaates. (Britney ain’t got nothin’ on me, y’all! ?) So, it’s been over a month since my last pregnancy update, and baby and I have been growing!! I’ve officially hit that unmistakably visibly pregnant mark. There’s no hiding this 25 weeks pregnant belly! 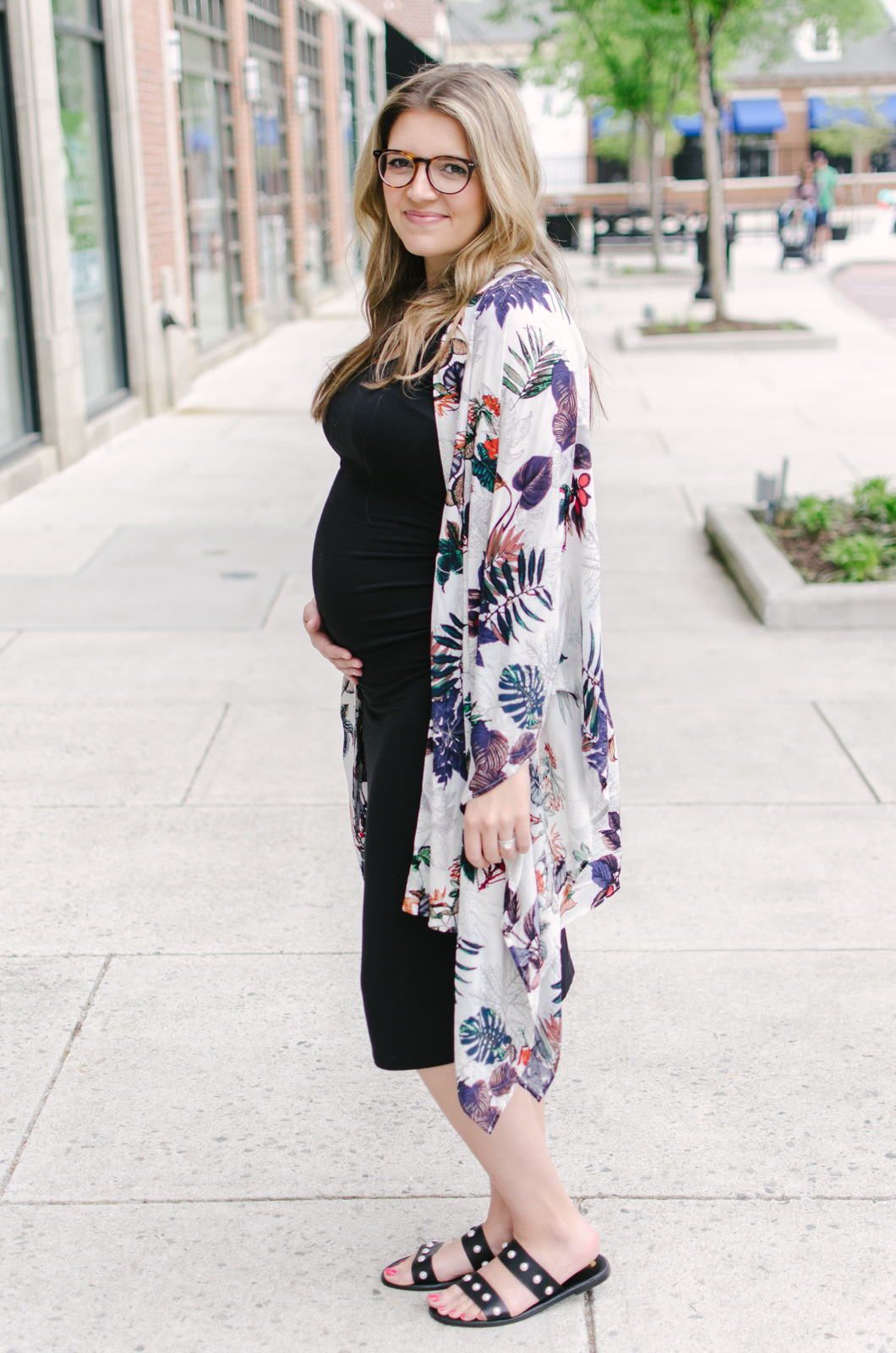 All about baby: She is about 13.6 in and 1.5 to 2 lbs. Does this mean I can finally blame some of my weight gain on her?! She is much more active these days, and I can feel her squirming around all day. It seems like her favorite times to really jab me are in the evenings when I’m relaxing or right before bed. Let’s hope that doesn’t mean she’s a night owl!

Have you decided on a name? I get asked this question multiple times a week, but the answer is still a big fat nope. Aaron and I don’t really even discuss names much. Like I’ve mentioned previously, we have a couple that we like. I’m still leaning towards waiting until we see her to make a final decision. 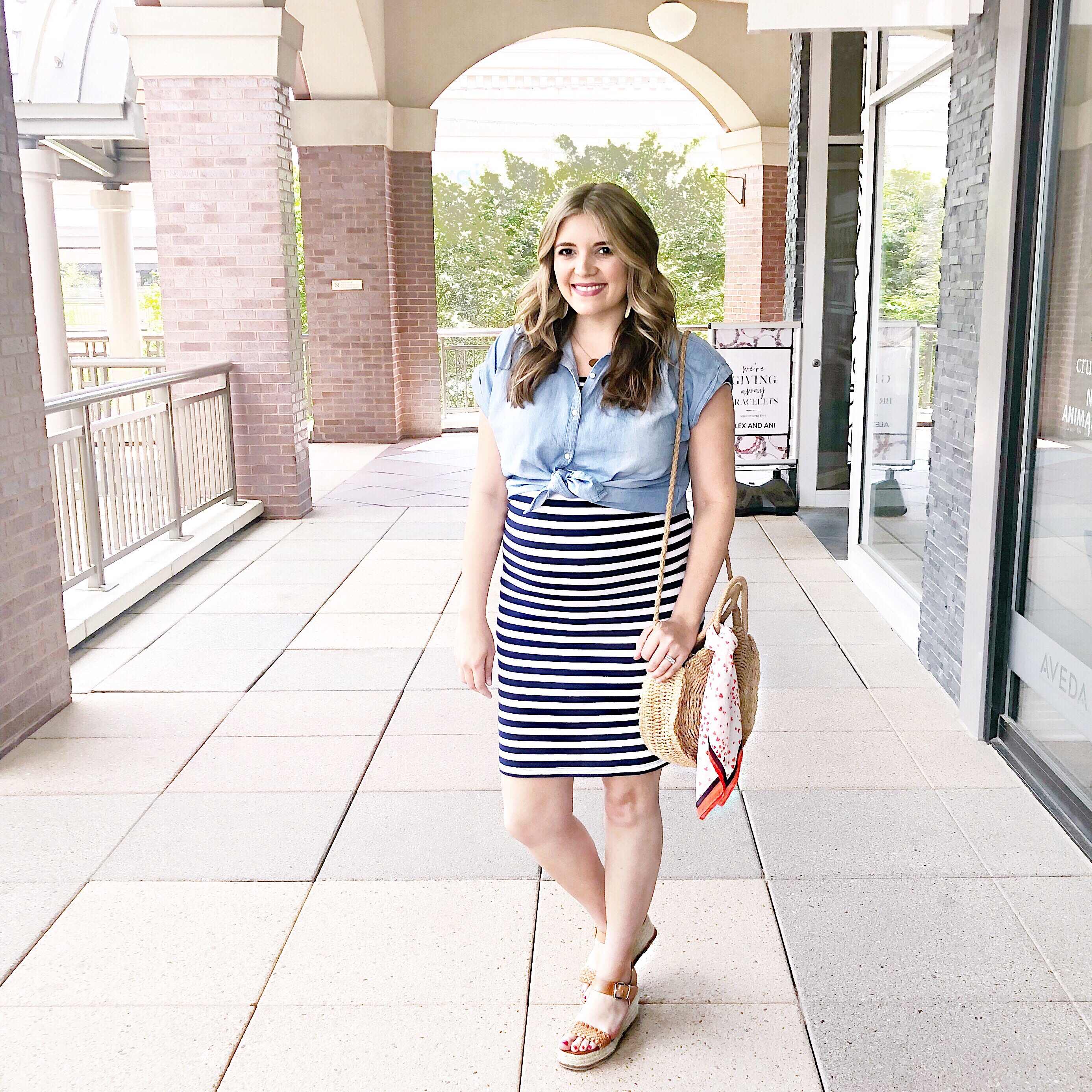 How are you feeling? Good but getting tired again. I’m not sure if it’s that point in the pregnancy or the heat or my allergies, but I’ve definitely felt a little more sluggish again. (It’s truly probably a combination of all three!) Layla and I have been spending lots of time outdoors since it’s been so beautiful. By the end of the day, I just crash! The heartburn is also back in full effect. I haven’t gotten to the point when even water gives me heartburn (oh, I know it’s coming!), but I’m pretty much taking Tums daily. Round ligament pains have also increased again (ouch!) and so have my blood pressure issues.

I have low blood pressure to begin with, but with the added blood from baby, sometimes my body can’t keep up. If I change positions quickly or sit/lay back at the wrong angle, I get very dizzy and can even pass out. (I learned that the hard way with Layla and ended up in Labor & Delivery at 38 weeks after passing out at the doctor’s office! And that was just from being leaned back on the exam table! ?) So, basically I just have to move a little more slowly, especially when standing or sitting up. Aaaand I have to keep hydrated. It’s nothing serious but just something I have to be cognizant of! 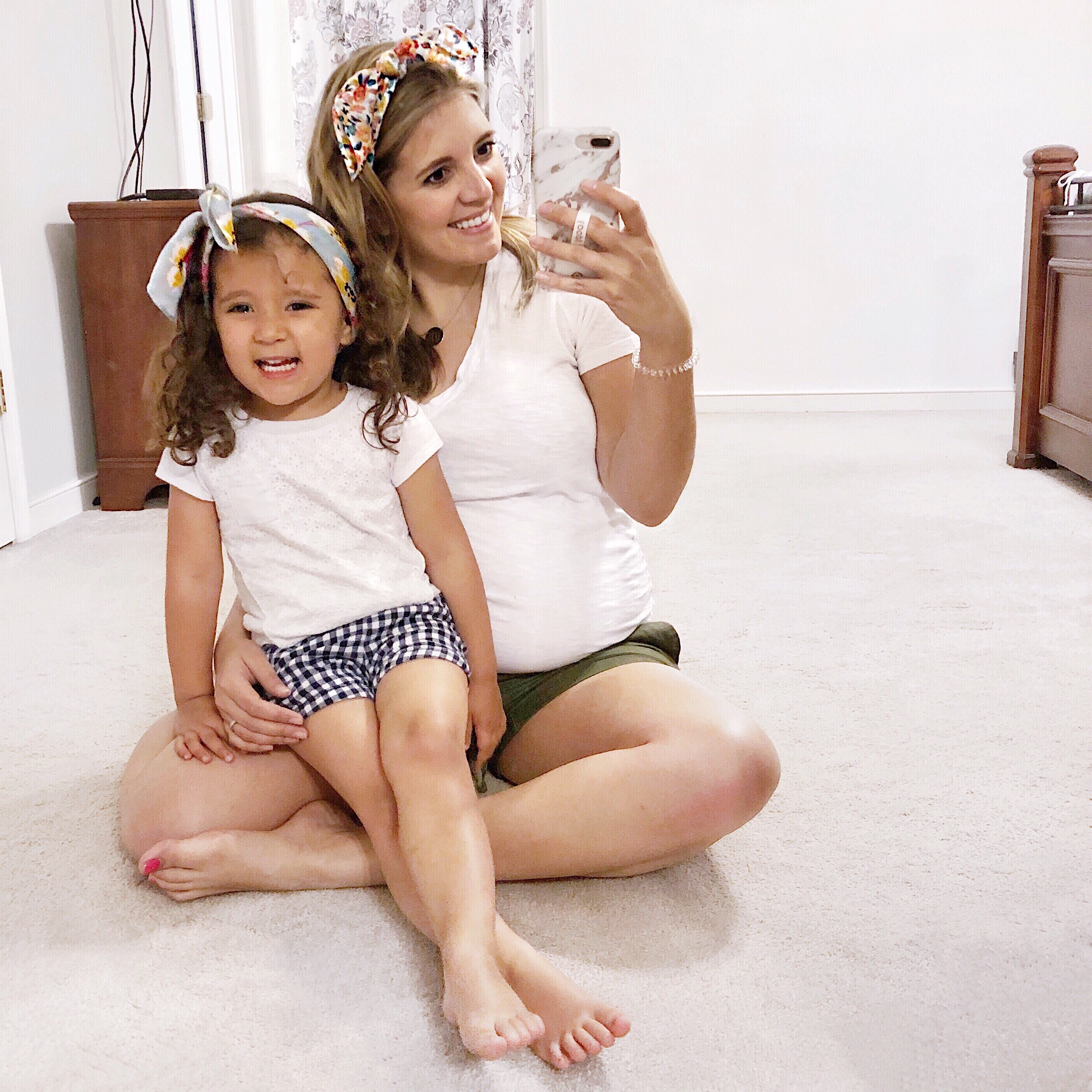 How are you sleeping? Pretty well! Staying busier during the days and playing outside with Layla wears me out. And I’ve been sleeping hard! I actually think I’ve been waking up less for potty breaks to because of it. No complaints here! Although I will say I’ve had a few more stressful dreams. I’m sure it’s just because baby is coming, and we still have lots to do!

Baby Prep: Uhhh nothing since my last bumpate?! I was on a little bit of a hot streak there, but we haven’t done much over the past month. We’ve been getting quotes on flooring, but that is about it. I’ve decided to go with a wallpaper accent wall in the nursery, but we still need to order it and decide if we’ll be attempting to install ourselves or hiring someone!

Best moment of the week: Technically it was last Friday, but for my monthly appointment, I got to hear baby’s heartbeat again. That in combination with the kicks is such a nice reminder that she’s doing alright!