Well, Ellie is turning four months in a few days, so it was now or never for sharing her three month update! ?She has grown so much in the past few weeks, and I’ve really seen some big developmental leaps! So, I couldn’t miss documenting month three! 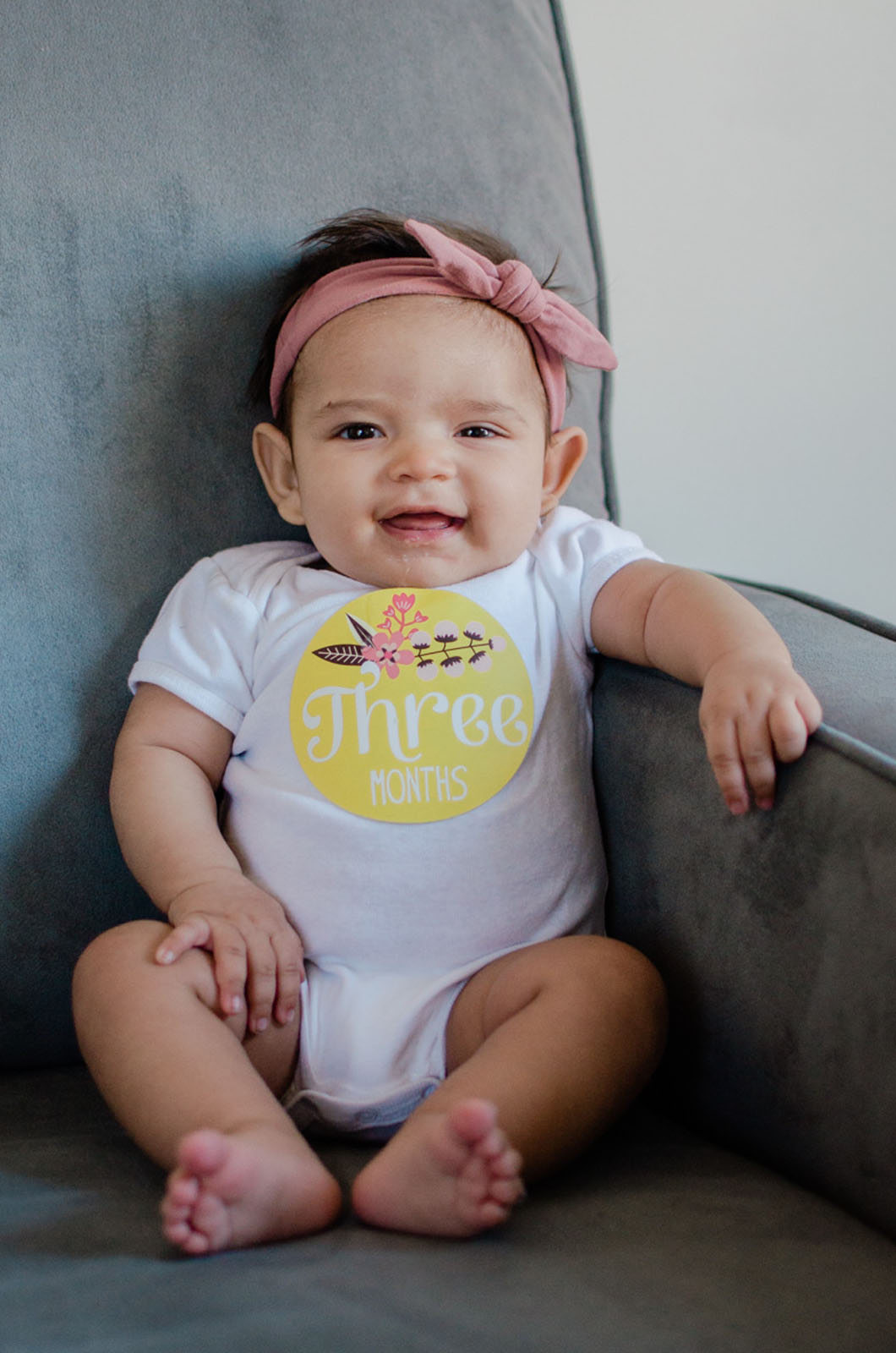 Weight: Am I the worst because I have no idea? We haven’t had as many well checks this go around since Ellie is our second. So, I definitely didn’t weigh her this month!

Eating: She is still a good little eater and is starting to go a little longer in between meals, which is a nice reprieve for me! She eats about every three hours during the day. And at night she’s been giving us a nice 6 hour on average stretch! (Hallelujah!)

During our last pediatrician appointment, our doc mentioned that Ellie should be growing out of her reflux soon, and I’ve really seen a big improvement! She still typically has a little spit-up after eating, but it’s very small. Both of us are going through way less outfits. ? 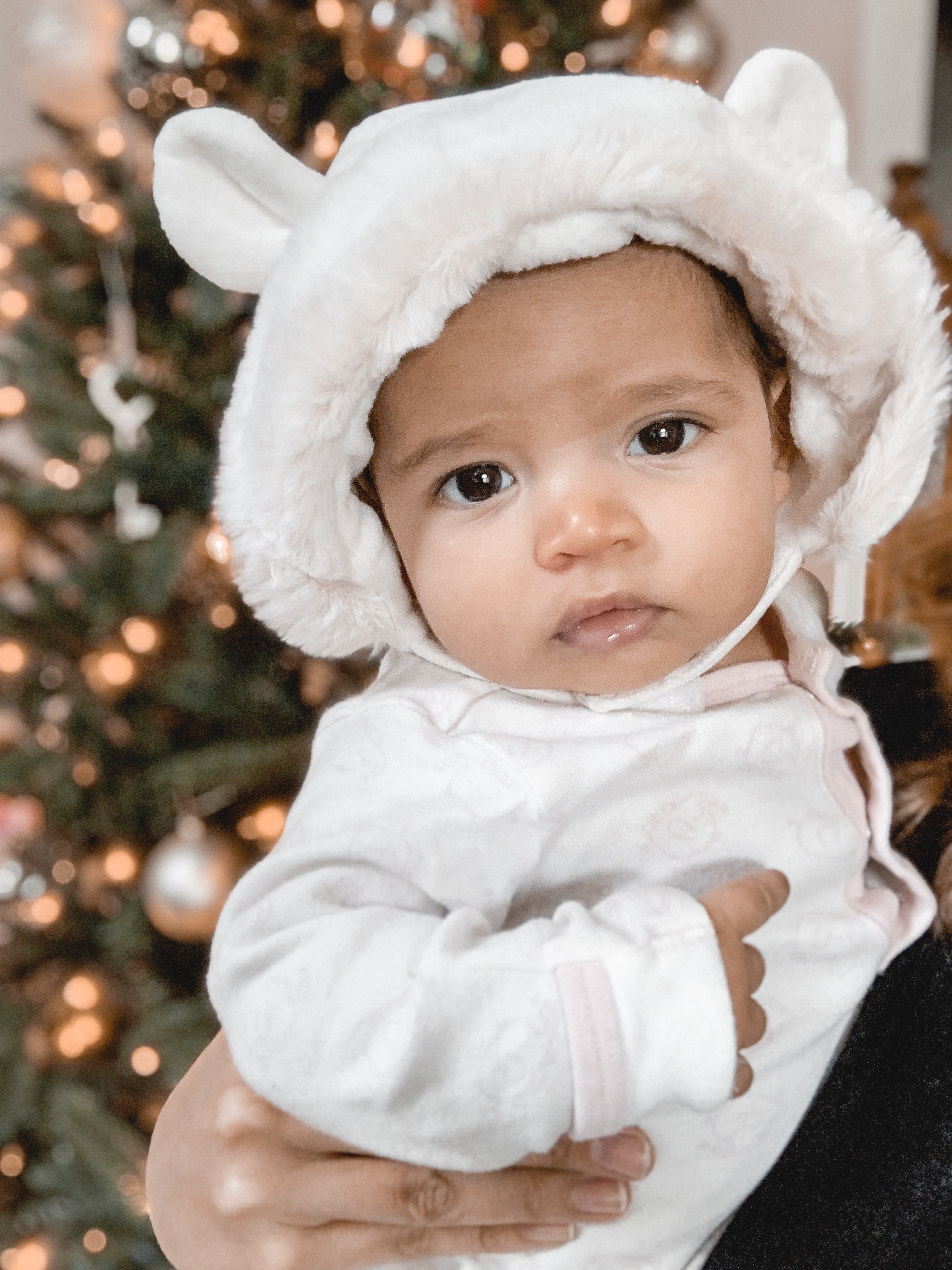 Sleep: Nighttime sleep has actually been really great. She normally goes down between 8:30 and 9 and sleeps for around six hours before waking up to eat. After that she’ll sleep another three hours before the day typically starts.

She’s also starting to get into more of a daytime nap routine. I can almost count on her starting to get fussy one hour after she’s eaten. This month I’ve really focused on getting her into her bassinet for naps. That has also meant we’ve been less on-the-go, but I like knowing she’s getting the rest she needs.

Clothes: We finally switched over to size one diapers but she’s still mostly in newborn sleepers and onesies. I’ve started adding in a few of Layla’s 0-3 outfits and sleepers into the mix though. Little miss is just slightly on the smaller end. I tried a 3-6 month outfit on her one day and she was swimming in it! 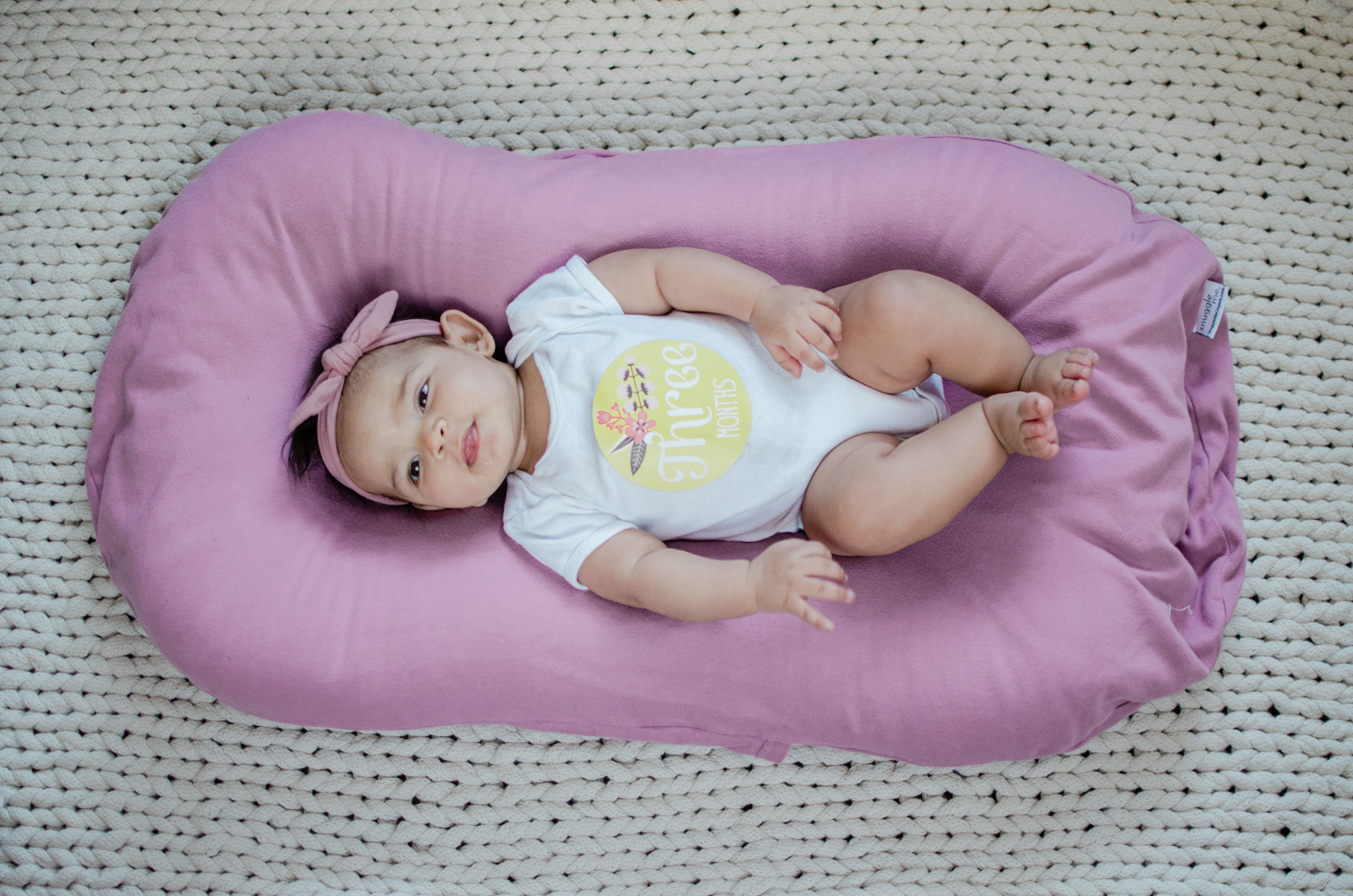 Mood: Basically the only time I ever hear Ellie fuss is when she’s hungry or tired. Otherwise she is just such a happy baby. It is so sweet to see her now really focusing in on faces. She just loves looking and listening to Layla. Anytime she hears Layla’s voice she immediately looks for her! 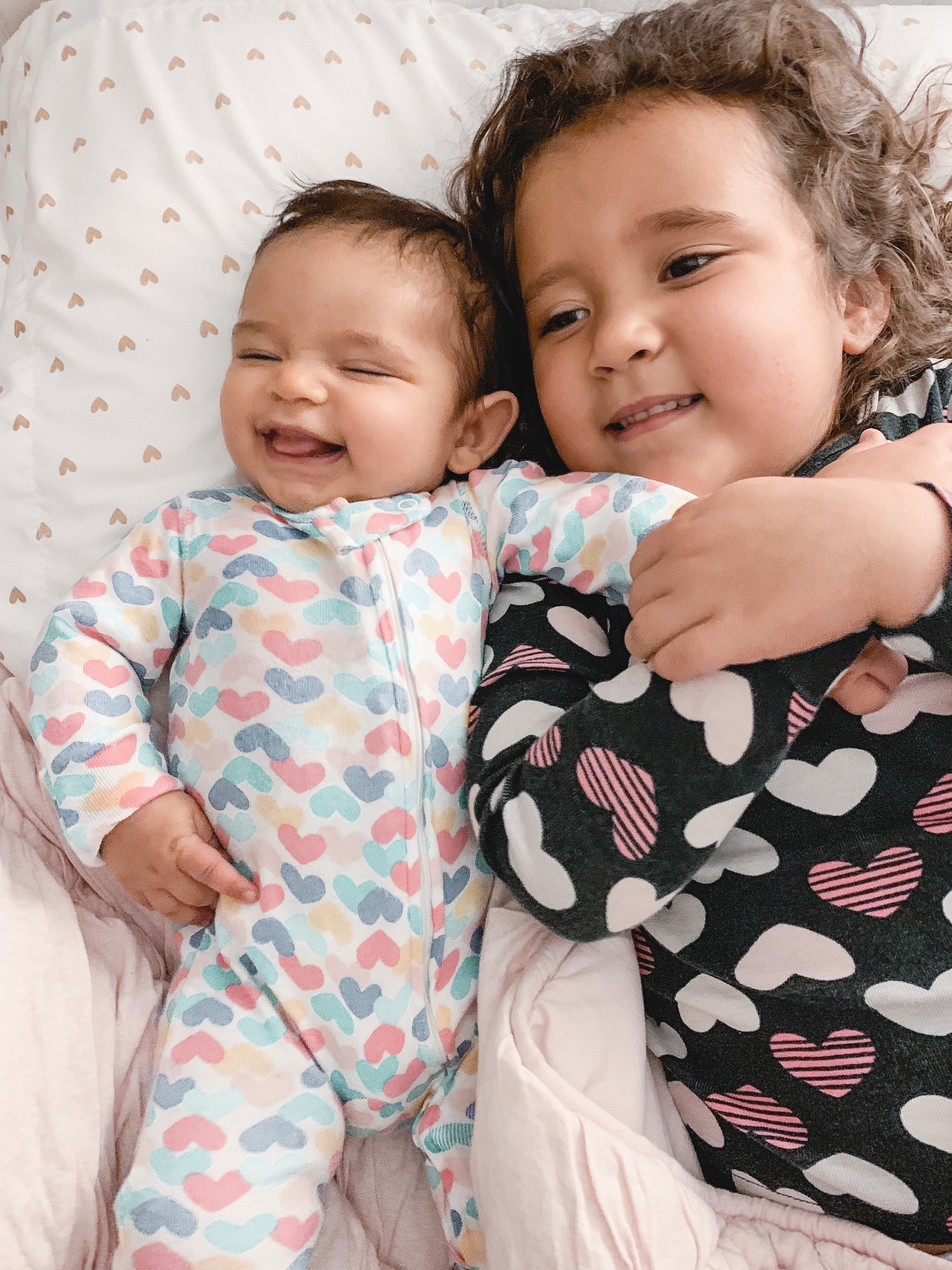