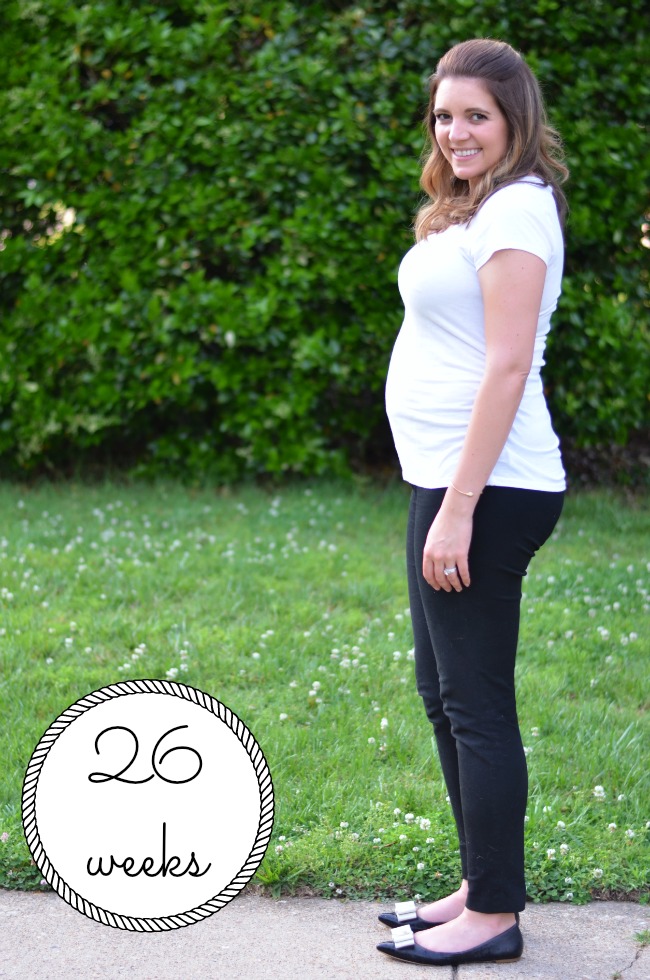 Well folks, I’m officially starting to feel pregnant. I know that may sound crazy considering how far along I am at this point, but all I can say is that it’s all finally hitting me. I really didn’t have many pregnancy symptoms early on (minus the first trimester exhaustion), and it was quite a while before I started showing, so most days, I just felt pretty darn normal. But things, they are a-changin’. The potty breaks are pretty much hourly (walking to and from the bathroom should totally count as exercise at this point), and I’ve noticed that my feet start to swell after longer days. Baby’s movement is pretty strong and the bump is undeniable.

Even though we’ve almost completed painting the nursery, and baby’s glider arrived this week, I’m still in denial that she’ll actually be here in oh, just under 100 days! Since we’re officially moving into our new home over the weekend, I’ll actually be able to get the crib ordered and the nursery together. (Break out the tools, Aaron! ;))

I’ll admit that the workouts have been a little lacking the last week and a half, but between all of the packing and move prepping, I’m letting it slide. Now, if only I could kick the chocolate chip cookie craving I’ve been getting every night, that would be awesome. I don’t think I can blame that on the move.