I’ve had quite the eventful couple of days. In addition to running my first post-baby 10k on Saturday, I also hosted a baby shower for my best friend! I always love getting into the cute little details, and this pink elephant-themed shower was no exception. 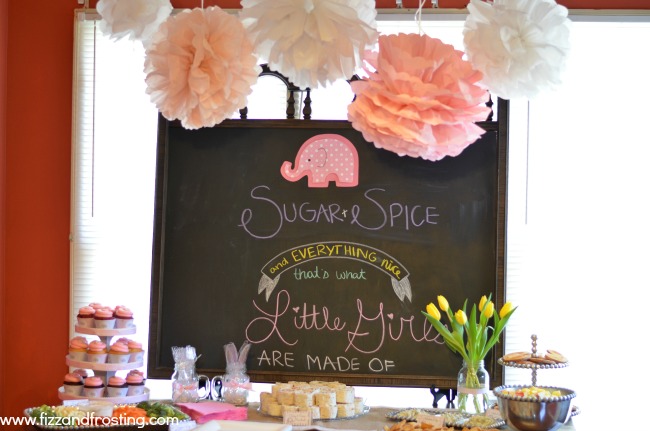 We served fruit, veggies, pinwheels, artichoke dip, petit palmier cookies, and an assortment of cupcakes. To keep everything pink, we also had yummy pink lemonade! “It’s a girl” drink flags were a fun addition, and for favors we gave out pink candy popcorn with “she’s about to pop” tags! 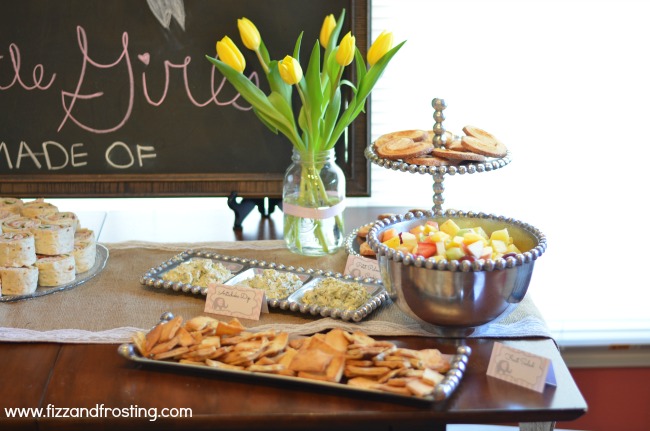 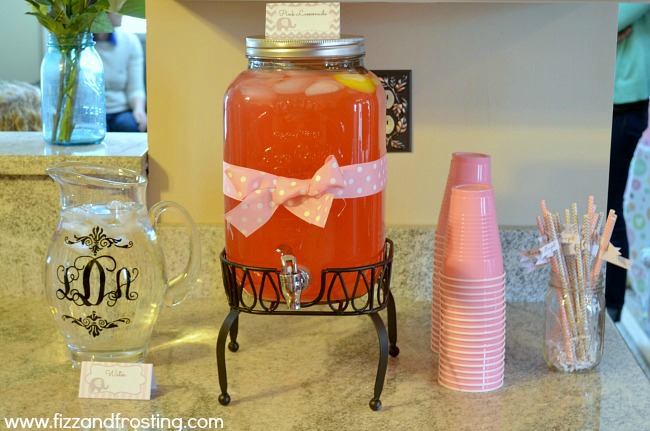 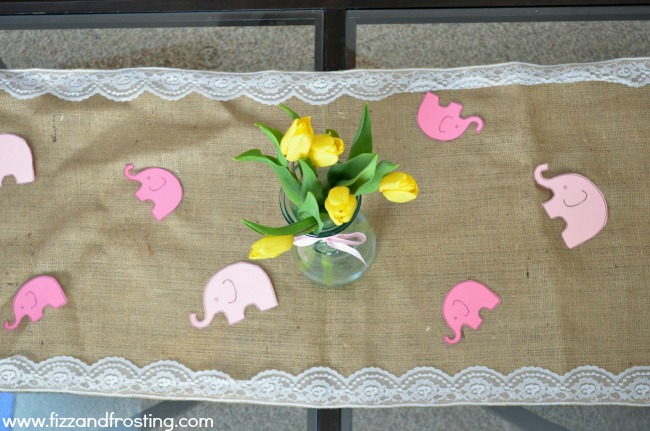 Here is where I found the straw flag template. The tissue pom-poms were a DIY following Martha Stewart’s tutorial (I used curling ribbon instead of floral wire). The elephants from the table were from Printable Treats. The popcorn recipe was from Nan’s Recipe Spot.

I love planning a good party but this girl is exhausted after such an eventful weekend!