It’s been a while since I’ve been to a college football game. (Maybe something like six years?!) It’s kind of a shame since my alma mater is only about an hour drive from where we live. (I know, major fail.) But they recently qualified for the playoffs and were playing in Richmond, so there really was no excuse not to go! I was pretty excited to take Layla to her first game! 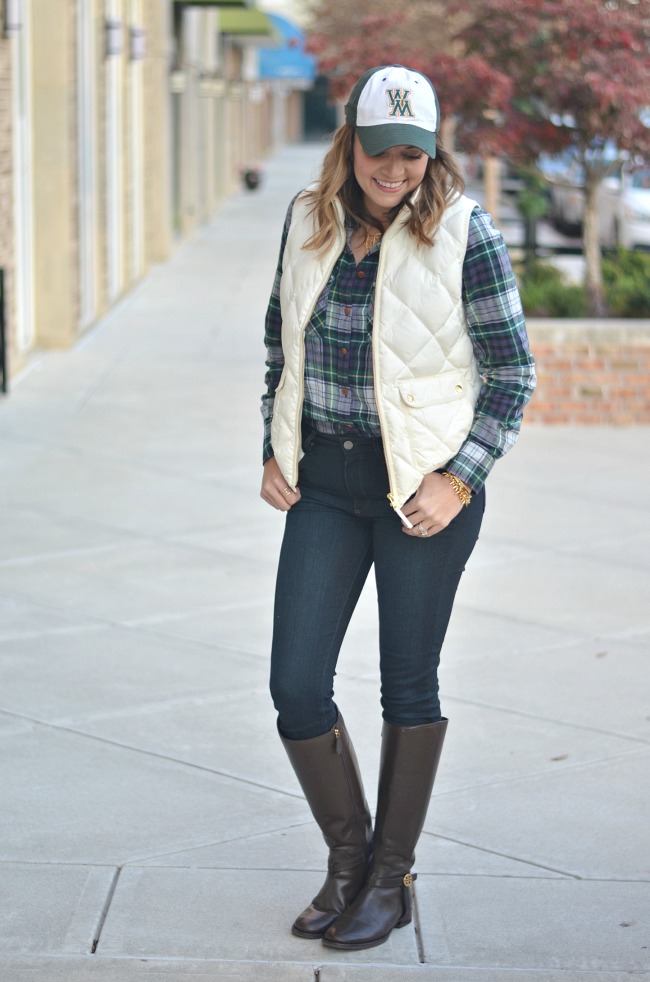 I wasn’t about to break out an old college sweatshirt (I rarely even wore those when I was in college!), but wanted to make sure my allegiance was known. 😉 Our colors are green and gold, so I made sure to incorporate them with my green plaid button down. And of course I threw on my W&M hat with some gold accessories. I’d like to say it was an epic victory, but if you caught my snaps (@fizzandfrosting), then you know it was more like an epic fail. Even though we suffered a pretty major defeat, it was still so fun to see a live sporting event with the family. Next year’s mission: more college football games! 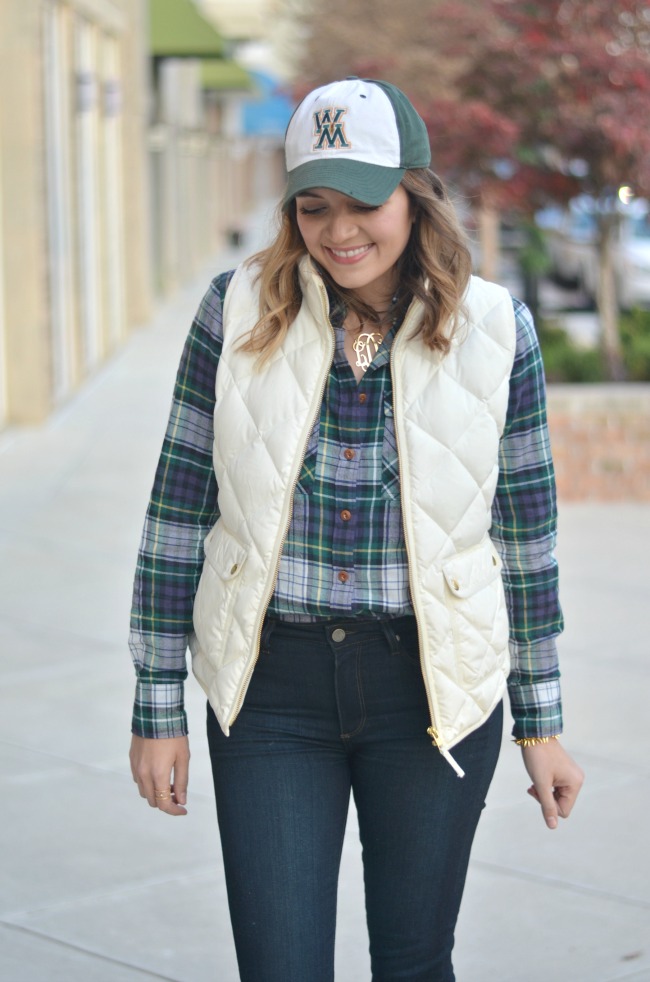 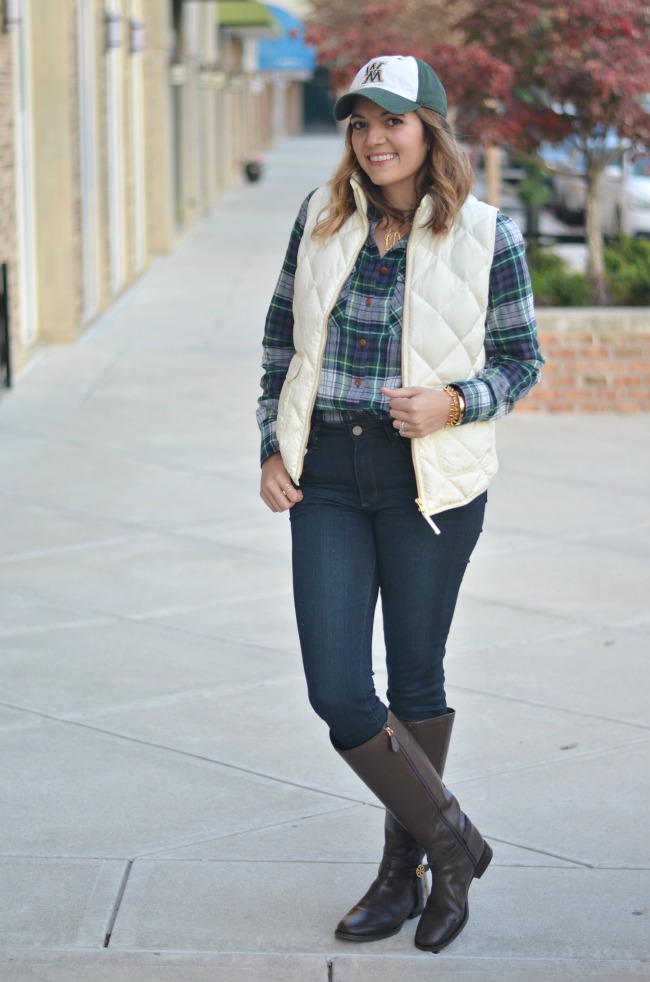 26 thoughts on “What to Wear to a College Football Game”